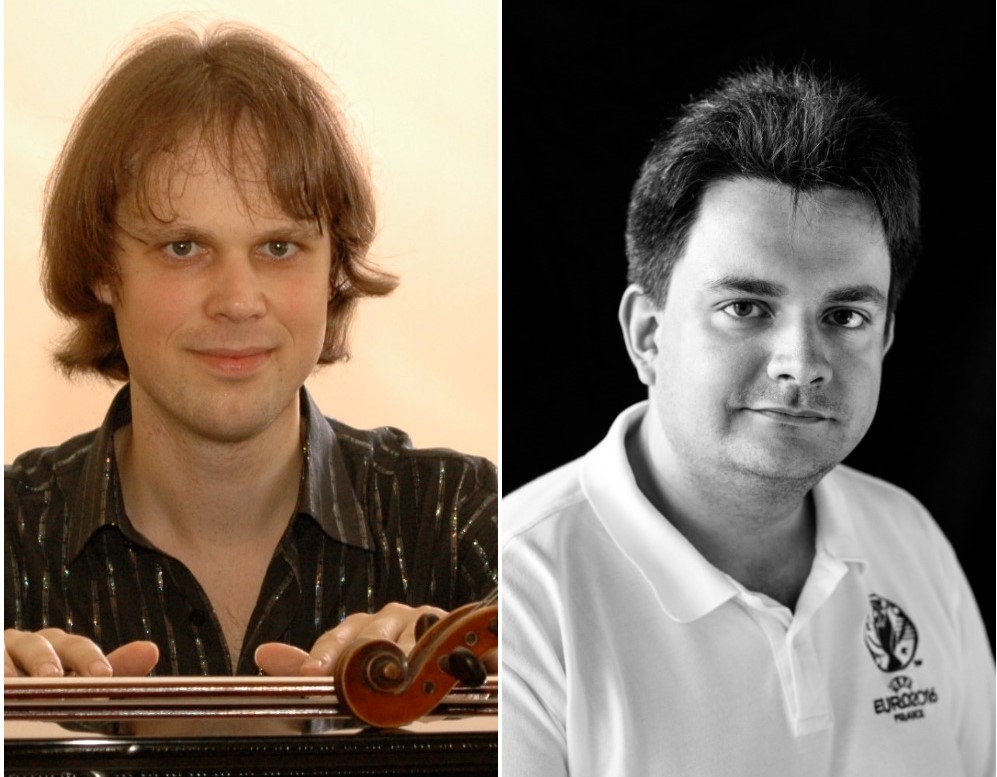 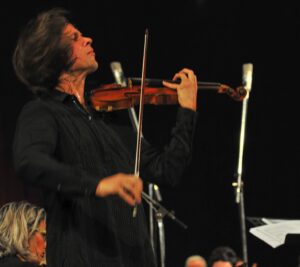 Ukraine-born violinist Dima Tkachenko started playing the violin and piano before the age of 6. He studied at the Lysenko Music School in Kyiv, graduating to the National Music Academy of Ukraine (former Kyiv Conservatoire) studying under Bogodar Kotorovych and Yaroslava Rivniak. In 1998 he was invited to London to study at the Guildhall School of Music and Drama under Yfrah Neaman. In 2002 Dima was made a Fellow of the Guildhall School and until 2008 was working with Krzysztof Smietana and David Takeno.

Roman Lopatynskyi was born in Kiev in 1993 and started to play the piano at the age of five and just after three years already won his first special prize. In 2009 the young pianist entered the class of Boris Petrushansky at the International Academy Incontri con il Maestro in Italy. In the same year, he started studying with Sergii Riabov at the Tchaikovsky National Music Academy of Ukraine.  Lopatyinskyi is a laureate of over 20 international piano competitions, such as Hamamatsu International Piano Competition, Busoni Competition in Bolzano, Italy and “V. Horowitz” International Piano Competition in Kiev, “Luciano Luciani” competition in Cosenza and the “Russian piano music” competition in San Remo. He was a member of the Heidelberg Festival Academy in 2017. He is a regular guest of renowned international concert halls and festivals such as Ginza Hall, Tokyo, Steinway Hall, New York, the Mariinsky International Piano Festival, St. Petersburg, the Next Generation Festival in Bad Ragaz, Switzerland,  the Festival Heidelberger Frühling and shared successful collaborations with the National Symphony Orchestra and the National Philharmonic of Ukraine, the Tokyo Symphony Orchestra, the German Radio Philharmonic Saarbrücken, Arena di Verona Orchestra  and the Filarmonica del Teatro Comunale di Bologna. He also had a debut in Musikverein and Konzerthaus, Vienna.