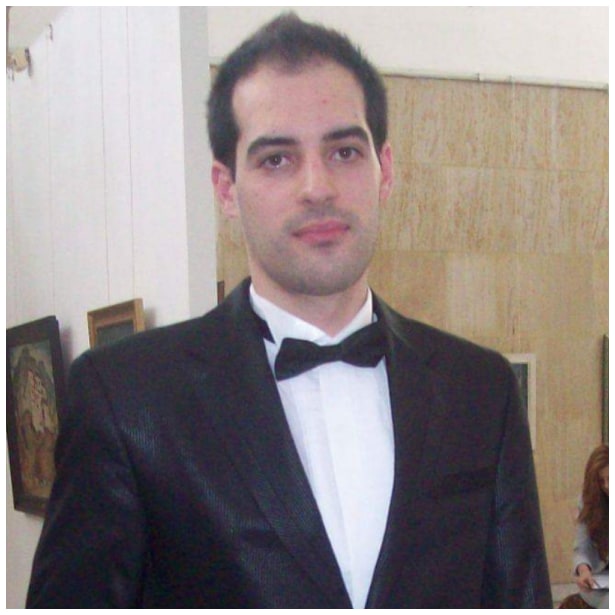 Dimcho Velichkov was born in 1987 in Stara Zagora in a family of musicians. He started playing the piano when he was six. One year later he became a member of his father’s piano class, receiving his first award “Young Hopes” from the IV international competition “The Music and the Earth” when he was nine.  In 2002 he played in “Hall Bulgaria” and year later he was a soloist of the orchestra of the National State Opera in Stara Zagora.

In 2005 he started his studies at the Music and Arts University of the City of Vienna in the piano class of Professor Franz Zettl graduating in the piano class of Professor Markus Prause in 2011. He has performed concerts in Austria, Bulgaria, Canada, France, Hungary, Italy, Macedonia, Poland, Republic of Korea, Russia, and Slovakia. In 2013 he was invited by the Bulgarian Culture Institute and The Bulgarian Embassy in Moscow to perform as part of the celebrations of the capital of Russia. Dimcho Velichkov performs solo and as part of chamber formation having collaborated with Klara Shuman – flute, Hristina Lazarova – soprano, Uljana Levit – soprano, Fulvio Bertosso, Ina Petkova – violoncello, Maiko Enomoto – violin, Miho Yamamura – piano.

Since 2017 he works as a piano teacher at the Franz Schubert Conservatory – Vienna and at the Schmid & Zettelmann Private Music School in Vienna.