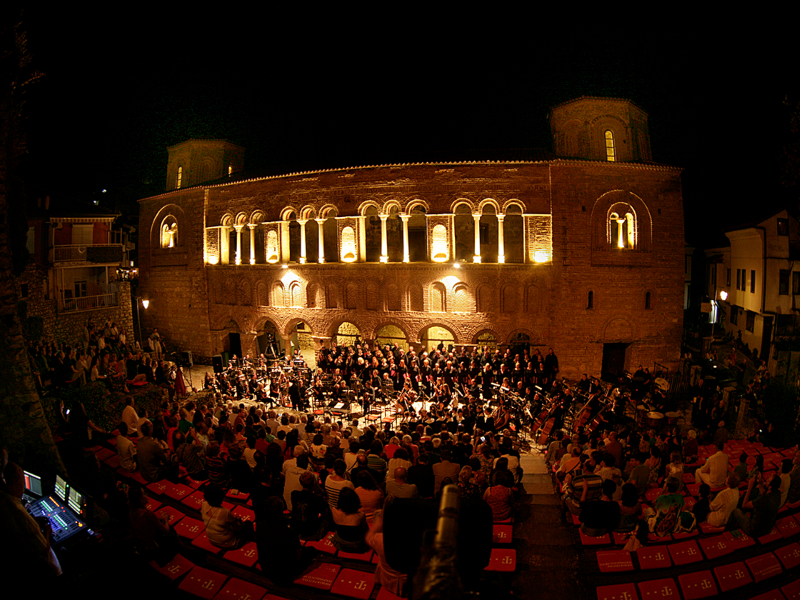 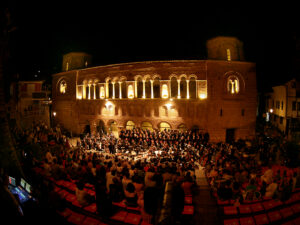 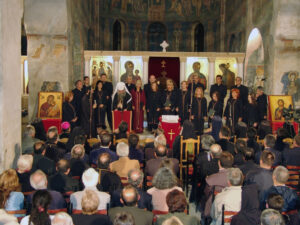 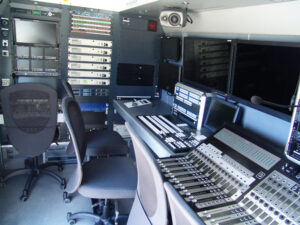 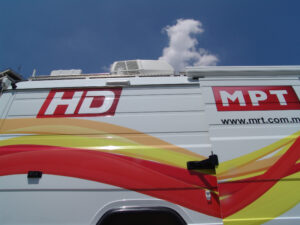 Television has become an important component in the building of cultural heritage. The technical superiority of the TV medium and its reach gives access to an audience of millions. Since its creation, the television has always been a multi genre medium, and as such it has embraced arts and especially music which is one of the most vastly represented disciplines.

Over the years the joined existence of television and music has defined a specific realm of music that functions not just in parallel with other music practices, but it has also created a self-standing unique definition.

Since its very beginnings the Macedonian Television has presented music on its programs, with the first dating back in 1958 when they were presenting music content from the Italian RAI TV, while the first production of a ballet concert was made in the TV studio in Belgrade on May 3, 1961 followed by the recording of the concert of the Gewandhaus wind quintet at the Ohrid Summer festival in 1964 and a Music intermezzo.

These are facts that undeniably speak of the collaboration of MTV and the important music manifestations in Macedonia that has been established from the beginning and continues to be an important segment of the programming policy to this day.

In the years since 1961-2021 the Macedonian Television puts the Ohrid Summer Festival in the forefront of the music life in Macedonia. The recorded TV shows became an open TV spectacle open to artists that used the TV medium to present their creativity to the vast TV audience.

The large music production of the Macedonian television has recorded numerous TV formats that contain content from the programs of the Ohrid Summer Festival.  Over 500 concerts of domestic and international artists and programs such as “The encores of the Ohrid Summer Festival”, “Ohrid Summer Chronicles”, “Mozart days in Ohrid” are dedicated to reviews of certain music events at the Festival.  Specific TV interviews are conducted by the most famous music journalists from the Music production of MTV in the show ”Interview with…” which has featured global music stars such as Jessye Norman, Jose Carreras, Inva Mula, Ennio Morricone and many more.

The jubilees of the festival have always been featured on MTV through documentary series entitled “The stars of the Ohrid Summer festival”  which presented key personalities and artists that have made their mark on the development and growth of the most prominent Macedonian festival.

The project “Growth rings” (inspired by the first documentary film of the same name dedicated to the Ohrid Summer Festival and produced by a team of journalists in 2000) is a reminiscence of the many important artists that have taken part in the Festival and their recorded performances, as well as statements by various artists and cultural workers who have talked on camera about their experiences and importance of the Festival. This project aims at rewinding history and presenting exclusive concerts from the past to younger, newer audiences through materials created by the Macedonian television. This is also a new form of collaboration between two extremely important institutions in the field of culture. “Growth rings” is yet another festival story told through the collaboration of the Macedonian television and Ohrid Summer Festival which continues to last and improve.