“Ohrid Summer” tonight in the sign of “Benjamin Piano Trio”

The thirtieth evening at the 57th edition of the Ohrid Summer Festival will bring a concert of “Benjamin piano trio”.

Violinist Emir Iamov was born in Skopje. He won the first prize at a Violinist competition when he was only 12 years old. In 1991 he moved to Germany where he continued his studies in violin and graduated from the Academy in Würzburg in the class of G. Zhislin. During the studies he won the competition named Felix Mendelssohn and, as a reward, received a two-year scholarship at the Bavarian High School of Music. As a member of the Virtuozo Quartet from St. Petersburg, Imerov actively performs in the US, Australia, Russia, Switzerland and Germany. In 1998, with the trio founded by him, he won the Chamber Music Competition in Toulouse and the same year he won the second prize at the Young Violin Competition in Tashkent. It is perfected in class D. Gide-concert-master of the Vienna Philharmonic Orchestra and attended master classes at Zahar Bron and Viktor Tretyakov. Since 2004, Emir Imerov is a concert-master of the Symphony Orchestra of Munich-Zaglav-Krefeld and teaches at the music academy there. He is a member of the ensemble “European Soloists” from Luxembourg and a permanent guest-teacher of master classes in Greece, Poland, Germany, Belgium and Croatia.

Vag Papian’s piano career began in 1979 with his victory at the prestigious “Viana da Mota” in Lisbon, after which he was invited to perform in all significant concert halls in the former Soviet Union including recitals in St. Petersburg and Moscow. Graduated from the Moscow Conservatory in the class of M. Resurrection, and conductor studies with famous Ilya Musin. In 1984, at the invitation of Valeriy Gergiev, Papyan became a permanent conductor of the Armenian Philharmonic, and three years later he became artistic director and chief of the orchestra with more than 200 concerts. In addition, he has consistently performed as a pianist visiting Basel, Barcelona, ​​Geneva, Toronto, Ottawa, New York, as well as touring in South America and Asia. He directs with the English Chamber Orchestra, the Israeli Chamber Orchestra, the New Japanese Philharmonic Orchestra, Symphony Orchestras in Jerusalem, Moscow, Belgrade, Trondheim, and the famous choir of “Viennese Boys” in the “Enescu” festival in Romania. In 2005, he debuted with the Israeli Philharmonic. As a duo partner of Maxim Vengerov, he records for EMI classics and performs with him on all continents. He is a permanent guest conductor at the National Opera of Armenia and is a professor at the Samuel Rubin Academy of Music in Tel Aviv. 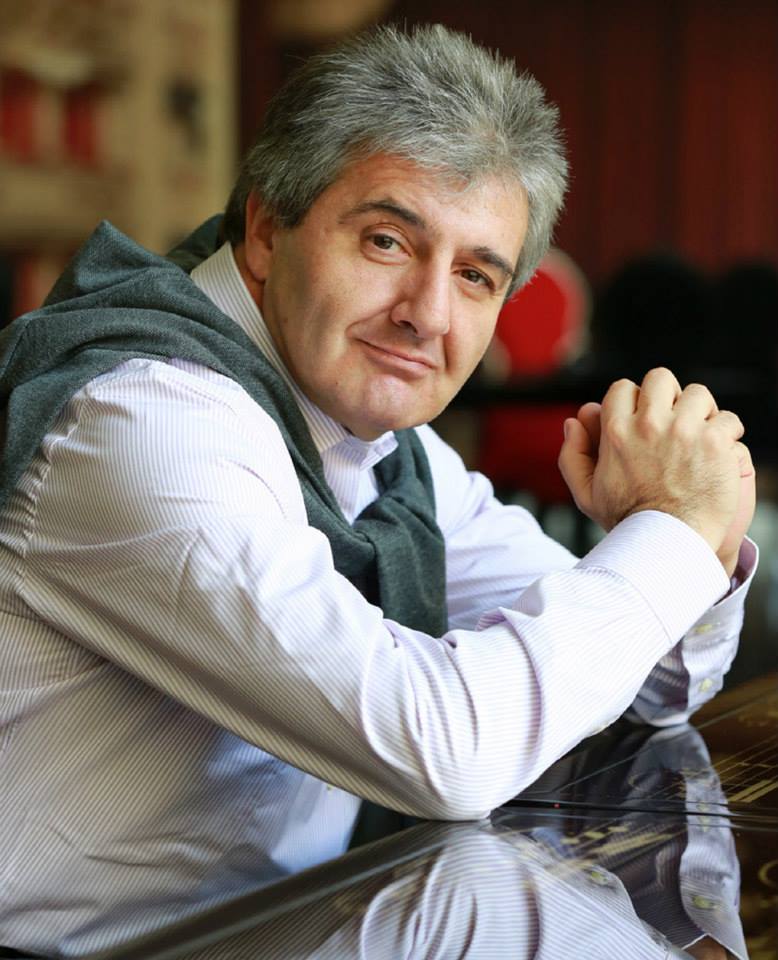 The cellist Aleksandar Kaganovski was born in Kiev, and started classes in music at the age of five. Only a few years ago he has already performed as a soloist, and at the age of 16 he won the national music competition. He continued his studies at the Samuel Rubin Academy in Tel Aviv in the class of prof. Uzi Wiesel and won several matches in Israel. Since 1985 he has been a permanent member of the Israeli String Quartet. Alexander Kaganovski performed at renowned festivals in Austria, Italy, Switzerland, Norway, Russia, France, Tunisia, Germany and Luxembourg, and with orchestras, he also performed in Belgium, Portugal, Spain, USA, Japan, Hungary, Serbia, Croatia and others. He also performed with many respected conductors including Barsai, Borejko, Jusupov, Kitanenko and others. He holds master classes in Germany and in Slovakia, France, Luxembourg, Israel, etc.

The “Benjamin Piano Trio” concert will be held at the church “St. Sophia” at 8 pm and 30 minutes. The program includes compositions by Nikolai Rimsky-Korsakov and Petar Ilic-Tchaikovsky.