Born in Skopje, Gjorgji Cincievski completed his studies with honours, at the prestigious Royal Northern College of Music in Manchester, obtaining his undergraduate and postgraduate diploma in the class of Prof. Jiri Hudec, later becoming his assistant and the first Junior Fellow in Double bass at the RNCM.
He has collaborated with some of the world leading musicians of today such as Valery Gergiev, Bernard Haitink, Kurt Masur, Fabio Luisi, Sir Mark Elder CBE, Douglas Boyd and many others, and has been part of the orchestral forces of  leading world orchestras such as BBC Philharmonic, Halle Orchestra, Malmo Symphony Orchestra, Vienna Radio Symphony Orchestra, London Mozart Players, Liepaja Symphony Orchestra and many others. As part of his engagements both as an orchestral musician and soloist Gjorgji has taken part in many prestigious festivals in Europe and Asia. Apart from being an active solo performer and working as Principal double bass player at the Malta Philharmonic, he has continued with his educational work and has held numerous master classes, workshops and solo concerts in UK, China, Germany, France, Thailand, Latvia, Cuba, Italy, Poland and Malta.
His performances as soloist have earned him high critical acclaim in the music world both because of his technical abilities and his personal musical expression while his passion for recreating highly skillful and challenging arrangements and transcriptions for the double bass has added a new dimension to his creative profile. His transcriptions of Johann Sebastian Bach “Goldberg Variation” for string trio violin, viola and double bass, has been recognized as the first and only one in the world done for these instruments and has been awarded as the Best Transcription prize at the prestigious Double bass European Biennale in the Netherlands in 2014. This transcription as well as his other are exclusively published and available worldwide by one of the most prestigious publishing houses in the world – Hofmeister editions in Leipzig, Germany.
His recording of his own transcription of Bach’s “Goldberg Variations” for string trio has been hailed and described by music critics and music scholars as “astonishing successful effort that will leave mark in the world music history”.  Gjorgi Cincievski is the artistic director or Malta International Double bass Days in Valletta and since 2014 is artist soloist endorsed by Pirastro strings.

Born in Bitola, Marija Vrshkova graduated and earned her post-graduate diploma in piano performance at the Faculty of music with a Cum laude distinction in the class of prof. Todor Svetiev. During her studies she has received numerous prizes at state and international competitions, including third prize at the competition for young pianists in Rome. She has attended many masterclasses in Macedonia and abroad and has been selected to participate in the Jeunesses Musicales International World orchestra several times having the opportunity to work with acclaimed soloists and conductors. As an accompanist, Vrshkova has been featured on the CD’s of Blerim Grubi, Anna and Oleg Kondratenko, Strasho Temkov and in 2010 she publishes her first CD with music by Macedonian composers. As a soloist and chamber musician she has performed in Turkey, Croatia, Netherlands, Germany, Poland, Great Britain, Ukraine, Italy, Bulgaria, Russia, USA, Serbia and Greece. Vrshkova is among the few Macedonian artists that regularly appear on all Macedonian festivals including Ohrid Summer Festival, Days of Macedonian music, Golden Lyra, Autumnal music festivities etc. She has been recognized for her exceptional artistic qualities with the award by the International competition “Ohrid pearl” for best piano accompanist in 2009, and has received 3 “VIRTUOSO” awards one in the category solo performer in 2013 and two prizes (in 2015 and 2016) in the category chamber ensemble. She is a docent at the Faculty of music in Skopje. 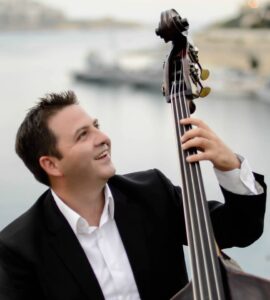