Recognized as one of today’s greatest sopranos, Inva Mula was born in Tirana, Albania. She began taking piano lessons and performed her first concert at the age of five. At the age of sixteen she started taking singing lessons, at first with her soprano mother, and later at the Academy of Arts, Tirana, where she graduated as a soprano and first appeared as Violetta in La Traviata by Verdi, a performance that opened the doors of the National Theatre of Opera and Ballet in Tirana for her where she performed as a soloist for five years.

During this time she won, two years in a row, the Tefta Tashko Koço singing competition and was declared best opera singer of 1987. From there she began appearing in international competitions and won the George Enescu Prize in 1990, and the Grand Prix Madama Butterfly in 1992 in Barcelona. She triumphed in 1993 taking part in the First Placido Domingo Competition. Her career took an international path as she was invited to give performances in Opera Houses such as Opéra d’Avignon, The Los Angeles Opera, Stadttheater Bonn, The Washington National Opera, The Lyric Opera of Chicago and The Metropolitan Opera of New York (La Bohème). In 1997 she had a great success singing Gilda in Verdi’s Rigoletto alongside the great baritone Leo Nucci at the Opéra de Marseille. After this great success, she was invited to sing this role at the Arena di Verona where the audience’s applause made her comeback regularly for many years in the roles of Violetta, Gilda, and Micaela in Bizet’s Carmen.

In 1998, after a great collaboration with Maestro Ricardo Muti at La Scala in Milan and in the Teatro Giuseppe Verdi (Busseto) in the role of Nanetta in Verdi’s Falstaff, she was invited by the maestro to sing Violetta for the opening of the new Teatro degli Arcimboldi in Milan. This success brought other engagements at La Scala.

She was very successful throughout Italy, singing in Trieste, Torino, Siena and Rome, followed by the role of Micaela in Florence under the baton of the great conductor Zubin Mehta.

Inva Mula naturally came back to singing the role of Violetta and was unanimously acclaimed by the international press. She sang the role in Vienna, London, Milan,Tokyo, Nice, Berlin, Paris, Madrid etc.  Inva Mula has worked with some of the finest singers of our time, her stage partners including Roberto Alagna, Placido Domingo, Jose Cura, Vittorio Grigolo and under the musical leadership of such conductors like: Michel Plasson, George Prêtre, Jesus Lopez Cobos, Vladimir Spivakov, Zubin Mehta, Myung-Whun Chung.

Another significant moment of her career was her involvement in the movie The Fifth Element singing the voice of the Diva. This project took her name through all borders and made her a celebrity outside the circle of opera fans.

In November 2012 she directed and sang the jubilee concert of the Independence of Albania. Both the public and critics acclaimed this historical event. As part of the festivities, the President of Republic of Albania granted her with one the most honorific titles of the country “Honor of the Nation”.

Her career now continues with great intensity. In the past seasons, she sang at the Wiener Staatsoper with her beloved role Manon, and Nedda in Pagliacci at the Deutsche Oper Berlin, Sao Paulo and Bilbao, Adina in Elisir d’Amore in Marseille, and Micaela in Carmen at the Chorégie d’Orange in summer 2015.

She is regularly invited to give Master Classes at the Ecole Normale de Musique in Paris, in Gstaad, Saint Petersbourg.

In 2015, Inva Mula debuted as a stage director, signing a production of Pagliacci at the Albanian National Opera, Tirana while at the same singing time the role of Nedda. She continue with the same passion as a stage directeur for a second time in 2017 creating a production of Pecheur des Perles de Bizet at the Albanian National Opera.

Acknowledging the immense quality of her career, in 2006 the French Government appointed Inva Mula with the order of “Chevalier des Arts et des Lettres”. 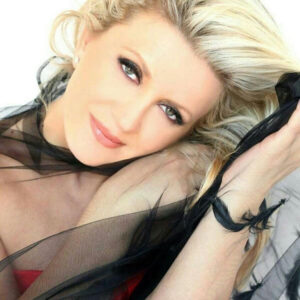 Born in Debar, Macedonia, Deshira Ahmeti graduated from the Academy of Fine Arts in Tirana, Albania in 1998 and earned her master’s degree from the Academy of music in Skopje in 2012. After her studies she joins the Macedonian National opera and makes her stage debut as Micaela in Carmen in 2005, continuing on to sing Pamina in The Magic Flute, Nedda in Pagliacci, Santuza in Cavaleria Rusticana, Liu in Turandot, Leonora in Forza del destino, Antonia in Les contes d’Hoffmann, Donna Ana in Don Giovani. At the National opera in Albania she sang the role of Donika in the opera Skenedbeu by Prenk Jakova.

Equally comfortable in concert settings, Ms. Ahmeti has performed in many recitals & concerts in Skopje with the Philharmonic Orchestra of Macedonia as well as the Orchestra of the National Opera House of Macedonia under the baton of the well-known Albanian conductor, Aleksander Lekaj (Aleksandar Lekovski). In Tirana, she has performed with the National Radio Television Orchestra and in Kosovo, with the Philharmonic Orchestra of Prishtina. In addition she has appeared in concert in Hamburg and Berlin, Split and Sibenik, Tel Aviv, Ravenna and New York. Together with the world renowned Albanian soprano Inva Mula, accompanied by the Albanian Philharmonic Orchestra in Tirana and Skopje, as well as in the USA at the famous Town Hall in the heart of New York City, Time Square. She has also performed in Toronto and Montreal, Canada. She has participated in a Master-class with the world renowned soprano Raina Kabainvanska in Bulgaria.

In 1999 she became a member of the Albanian Organization of Artists & Musicians of Macedonia (AOAMM) and participated in a concert together with the renowned actress Vanesa Redgrave. In 2010, she was named Chairwoman of AOAMM, a position she still holds. 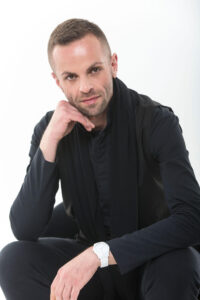 On the international operatic stage, Gjorgi Cuckovski has sung in Italy- Cosenza, Lecce, Brindisi, in Japan in the opera in Osaka where he performs the role of Alfred in “La traviata”, in Tokyo as a soloist in Beethoven’s 9th Symphony, at the National opera in Belgrade, at the opera festival in Aspendos Turkey, with the Sofia Philharmonic in Bulgaria as a soloist in Mozart’s Requiem. In concert he has performed with the Dubrovnik Philharmonic orchestra, with Philharmonic orchestra in Sliven (Bulgaria), in Jakarta-Indonesia as a soloist at the tour of the Macedonian opera etc. In the past seasons he is a frequent guest in the opera houses in Italy performing at the gala concert at the Bellini Festival in the Antique theatre in Taormina, he was Pinkerton at the Puccini festival in Torre del Lago, sang in recital in Avellino and performed the tenor roles in “Nabucco” and “Madam Butterfly” in Lecce and Brindisi. In 2017 he performed in recital in Shanghai and is awarded the gold medal at the Xi’an festival in China. His recital performances also take him to New York, Vienna and at the Epidaurus festival in Croatia.

His internationally acclaimed performance of the role of Maurizio in “Adriana Lecouvrer” has been seen in the opera houses in Skopje, Sofia and Belgrade with such partners as Daniele Dessi, Zvetelina Vassileva, and Giovanna Casola.  He has performed in Serbia, Bosnia and Herzegovina, Bulgaria, Russia, Portugal, Switzerland, Italy, Albania, Austria, Indonesia, Japan, China, Korea, Croatia etc.

Gjorgi is a lead role soloist at the National opera in Skopje and teaches singing at ESRA- International University for audio visual arts. 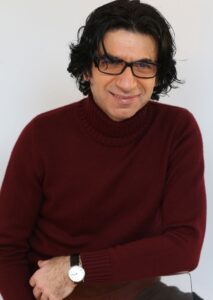 Albanian-French pianist Genc Tukiçi graduated from the Conservatory of Tirana, going on to obtain the Soloist Diploma from the Ecole Normale de Musique in Paris “Alfred Cortot”, where he is currently a professor.
His international career as a concert pianist led him to play in the biggest venues and he received a prestigious recognition from Nino Rota, who described him as “a great musician of international level”, and noted in particular his “superb interpretations of heart and mind, in perfect symbiosis with the orchestra.” His interpretations were the subject of records, particularly the ones recorded with the symphonic orchestras of the National Theatre of Opera in Tirana and Macedonian Opera Theater, with the Russian Tchaikovsky orchestra or orchestras of the Albanian and Slovenian national television. He also performs regularly with Inva Mula.  As a composer, he created and recorded various pieces for piano and orchestra, including several musical “paraphrases” on themes from Puccini, Verdi, and Offenbach.  A CD of his compositions, together with Inva Mula and inspired by patriotic themes, was released in November 2012 it includes parts for soprano, piano and orchestra. He also composed and orchestrated a hymn for Mother Teresa, together with Inva Mula, and Bujar Llapaj.