Noé Inui, born in Brussels in 1985 to a Greek mother and a Japanese father started to play the violin at the tender age of 4, he chose to study at the conservatories of Brussels, Paris, Karlsruhe and Düsseldorf. This made him understand the various ‘schools of playing’; the Franco-Belgian, the German and the Russian tradition, and the vision of pedagogues Galamian and Stoliarsky.

These insights meet with Noes balanced personality, always searching profound musicality beyond his considerable virtuosity. His talents have been recognized internationally, at the 2005 Sibelius Competition (Special Prize for Young Talents), the 2007 Louis Spohr Medal and the 2009 Young Concert Artists/New York among others. He received the Incentive Prize for Young Artists from the German federal state of Nordrhein-Westfalen. At the Verbier Festival Academy in 2012, he was awarded the coveted Prix Julius Bär, presented to a musician of exceptional talent. It led to an invitation in the festival’s 2013 edition. In 2020 the Concertgebouw Amsterdam selected Noé as one of their ‘Classical Futures Europe Artists’.

Noé works on a regular basis with the Dutch National Opera & Ballet as a concerto soloist in live music ballet performances.

Close to his way of working, Noé is a committed chamber musician, collaborating on a frequent basis with pianists Vassilis Varvaresos and Mario Häring. After having played in the Trio Carlo van Neste for many years, Noé co-founded the successful Piano Quartet Corneille. He teams up with Varvaresos and cellist Benedict Kloeckner in the Trio Bell’Arte.

Invitations by various festivals worldwide enable him to participate in larger ensembles with musicians such as Martha Argerich, Leonidas Kavakos and Julien Quentin.

Noé Inui has recorded seven CDs, the most recent of which is dedicated to the solo sonatas by Eugène Ysaÿe. Noé Inui is currently playing a Tomaso Balestrieri violin from 1764. 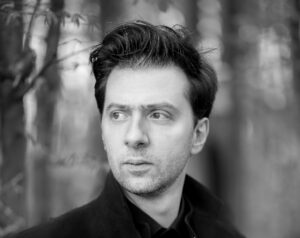 Vassilis Varvaresos holds a bachelor, masters and Doctor or Musical Arts degree from the Juilliard School. He is a recent graduate of the prestigious Diplôme d’ Artiste-Interprète degree at the Conservatoire Nationale et Superieur de Musique et de Danse in Paris, France, under the tutelage of Michel Dalberto.

Winner of the coveted First Prize in the 1998 YCA International Auditions at age 14, his recital debuts in New York and Washington were acclaimed. The Washington Post’s headline called Vassilis a “Young Master on the Rise” and since his American debut, aged 15, Vassilis has performed in virtually all of the US. Major appearances include recitals at Carnegie’s Weill Hall, New York’s Morgan Library, Isabella Gardner Museum in Boston, Philadelphia’s Kimmel Center and the Kennedy Center in Washington. Following his debut recital at Carnegie’s Zankel Hall, Mr. Varvaresos was invited to perform at the White House for President Barrack Obama. Mr. Varvaresos represented Greece at the 2008 Beijing Olympics. He has been named “Most Promising Young Greek Artist” by the Critic’s Association of Greece and has been a regular soloist in all the major stages of his home country. Vassilis Varvaresos is the laureate of both the 2014 edition George Enescu International Piano Competition, held in Bucharest in September 2014, as well as the Piano Masters Competition held in Monte Carlo in September 2015.

During the 2020-2021 season, Vassilis Varvaresos collaborates with Christoph Eschenbach with the Athens State Symphony Orchestra and is invited to perform at the Athens Festival and will appear at Sommets Musicaux de Gstaad, the Festival des Arcs, the Piano Festival of Sainte-Ursanne, the Thessaloniki Piano Festival and the Fukoshima Chamber Music Festival. This season he is also invited to appear at such prestigious halls as Amsterdam’s Concertgebouw and the Athens Megaron Hall.

An avid chamber musician as well, he has been invited to perform at the Bozar Theater in Brussels, the Concertgebouw in Amsterdam, the Diligentia Theater of the Hague, and the Gasteig in Munich. His regular chamber music partners include the leading French musicians as Michel Dalberto, Henri Demarquette and Nicolas Dautricourt, as well as Noé Inui, Ella van Poucke, and Anastasia Kobekina.

In previous seasons, Mr. Varvaresos has been invited to play at the Enescu Festival, as well as in Istanbul, Bodrum as well as with the orchestras in Thessaloniki, Blikent and Saint Petersburg. He had recitals at the Zurich Tonhalle, Vienna Musikverein and at Salle Gaveau in Paris. He is frequently invited to give recitals and masterclasses in California, Cincinatti, Charleston and New York City.

Vassilis Varvaresos’ new album “V for Valse”, a celebration of the famous dance with works by Liszt, Scriabin, Schumann and Ravel has recently appeared with APARTE Records in France, while he has recorded with NAVIS Classics with violinist Noé Inui and baritone Dimitris Tiliakos.