“The dinner game” is a story that comments French high society that already has everything one can wish for and in its boredom creates situations that will allow them to mock the less successful and less fortunate. The theme looks at the ground reasons that make people happy and the perspectives that allow happiness. In the play, a man from the high society after a series of misfortunes end up having dinner with a member of the group he was planning to mock. In this farce the questions of true values arise juxtaposing material riches and place in society versus empathy and honesty. This story looks at the rich and poor, socially acceptable and socially inadequate, and the nuances that show that happiness is an abstract concept that we have no control over.

Iren Sterijoska is a graduate of the Theatre directing department of ESRA-University for audio-visual arts, and specializes in multimedia at the “FON” university in Skopje. Since 2012 she works at the National theatre in Ohrid and is the founder of independent theatre “Fabrika”. For her work on Kole Chashule’s drama “Twig in the wind” she receives the prize for creating new theatrical reality at the “Actor of Europe” Festival. She has directed “House of the dead” by Dostoyevski at the Drama theatre in Skopje, “The Importance of being Ernest” by Oscar Wilde at the Comedy theatre in Skopje, “Immigrants” and “Method” at the National theatre in Ohrid and many more.

The performance is not suitable for audience younger than 16 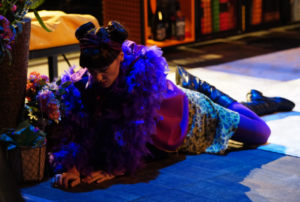 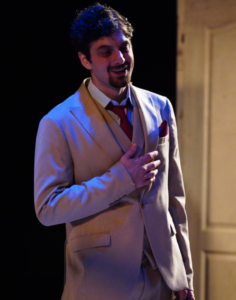