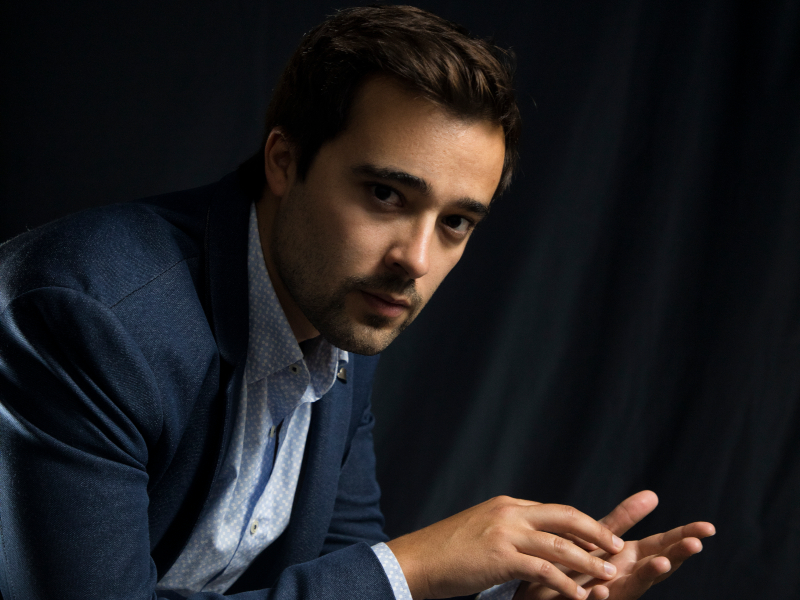 Portuguese pianist Vasco Dantas was born in Porto in 1992 and obtained his bachelor’s in music with ‘1st Class Distinction’ at the London Royal College of Music, studying piano with Dmitri Alexeev and Niel Immelman, and conducting with Peter Stark and Natalia Luis-Bassa. He concluded a Master in Performance with highest mark under the guidance of Heribert Koch,at the University of Münster, where he is accepted to the Doctoral study “Konzertexamen”. Vasco has been awarded over 50 prizes and distinctions at international competitions in Rome, Malta, Moroco, Germany, Portugal etc. In 2019 he made his Carnegie Hall piano recital debut and in the years prior to it he has performed with the Kremlin Chamber Orchestra at Grand Hall of Moscow’s “Tchaikovsky”Conservatory in  Aachen with Jülich Sinfonieorchester and Junges Sinfonieorchester and in Asia playing with the Hong Kong Symphonia at City Hall Concert Hall. His performances have taken him to Austria, Belgium, Brazil, China, Croatia, France, Germany,Greece, Italy, Kosovo, Malta, Morocco, Portugal, Russia, Serbia, Singapore, Spain, Sweden,Thailand, UK and USA. In the area of pedagogy Vasco has been invited as University Lecturer, he has got a Master’s degree in Music Teaching by Aveiro University, the diploma “Art of Teaching” by London Royal College of Music. He has got a limited number of private pupils and is invited to teach in masterclasses and festivals. Vasco is artist director of Algarve Music Series, a chamber music festival in the charming south region of Portugal. His albums include: Promenade (2015), Golden Liszt (2016), Freitas Branco (2020), Poetic Scenes (2020).