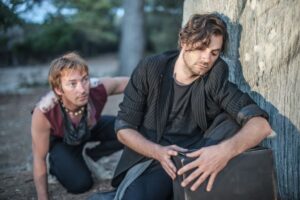 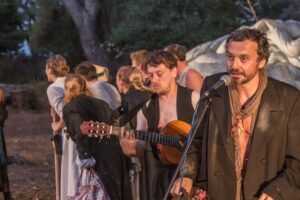 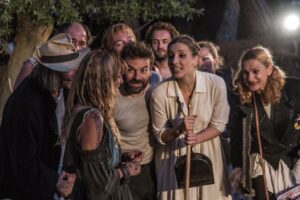 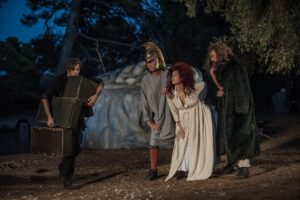 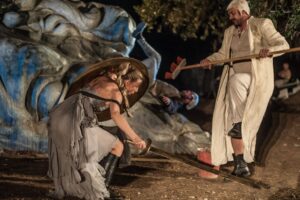 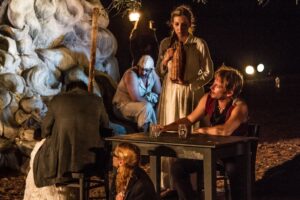 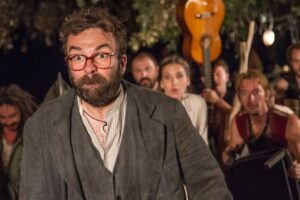 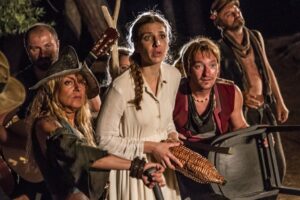 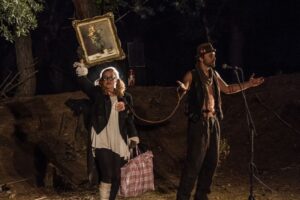 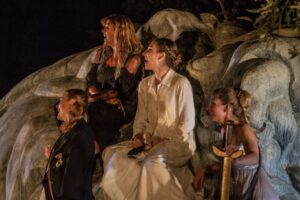 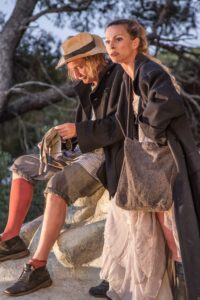 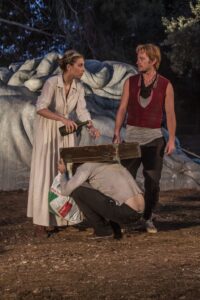 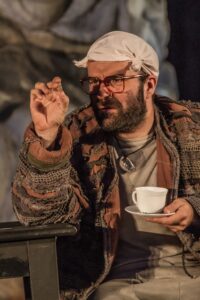 “Macedonian director Aleksandar Popovski and dramatourg Dora Delbianco have detected in Stefanovski’s text room for ironic divergence from the myth, room for parody, farce and even burlesque. Because of this, “Odysseus” is not easy to be defined in terms of genre. It is in a way a mock of “Odyssey” that ironizes the tragic pedestal while keeping the dramatic tension, speaking of themes like war, genocide, rape, post-war chaos, civilization destruction as a result of war.

In a way we all dream of an ideal refuge, a place where we can be ourselves, at piece, fulfilled. We trust that the place existed but we lost it, so we constantly try to find it, convinced that we have a certain right to it, that it belongs to us. For some people that refuge is childhood, for others it is their firs innocent love or the old age. For Odyssey it was Ithaca. As we grow old this restless search for the final place becomes deeper and more uncertain, and it feels like everything is unstable but the illusion of stability that never leaves us- and that is hope. The human need for stories is a constant yearning to reach that illusion. It is especially strong for those people for whom Ithaca is Theatre!

Goran Stefanovski graduated from the Faculty of Philology in Skopje at the department for English language and literature. Following the studies he started working in the drama department of the Skopje Television, and then was a teaching assistant at the Faculty of Philology “Blazhe Koneski” where in 1968 he becomes a professor of dramaturgy. He spent a large part of his life in London where he lived and worked. He was a member of the Macedonian PEN centre and the Macedonian Writers association since 1979, and in 2004 he became member of the Macedonian Academy of Science and Arts (MANU). He died in Canterbury on November 27th 2018.

Goran Stefanovski’s dramas have something in common- through the tragedy of one family, Stefanovski gives us the history of the Macedonian people with all its pains and wounds, with the social and political injustice, the constant battle for better future. For his work as a writer Stefanovski was awarded numerous prizes.