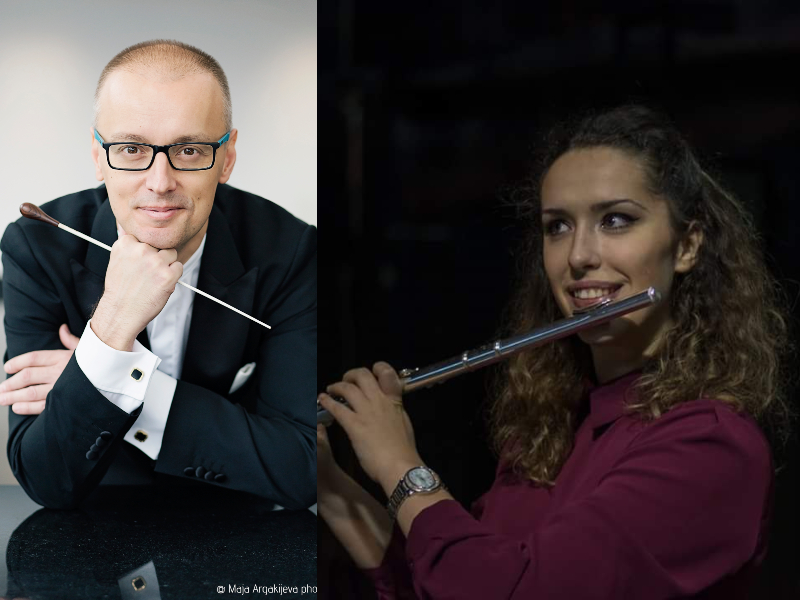 The Chamber orchestra of Jeunesses Musicales Macedonia was established over 35 years ago as the main segment of JMM Summer music camp in Ohrid in 1986. It is the only ensemble of its kind in South-East Europe. To this date the orchestra has welcomed more than 400 young musicians mostly from Macedonia but also guest musicians from other countries.  Artistic directors and conductors of the orchestra include: F. Muratovski, G. Korunovski, S. Nikolovski-Gjumar, V. Nikolovski-Gjumar, M. Spasov, B. Canev, A. Remereit, B. Chadlovska, O. Kondratenko, Misha Katz, Gianluca Martinenghi, Elena Mitrevska. In 1995 recognizing the orchestra’s qualities and impact the ensemble was invited and featured in the celebrations of the 50 years Anniversary of the International Federation of Jeunesses Musicales in Budapest. For 35 years the final concert of the summer session of the orchestra is part of the official programme of the Ohrid Summer Festival, and for 12 years the young musicians also perform at the Skopje Summer Festival and Bitola Summer Festival. Since 2018 the orchestra is named aftetr the Macedonian conductor Sasha Nikolovski-Gjumar..

Bogdana Bushevska started her musical education at the age of ten, in the State Music school “Todor Skalovski – Tetoec” in Tetovo and continued to earn her bachelor’s diploma at the Faculty of Music in Skopje, in the class of prof. Mr. Straso Temkov. In 2019 she moves to Paris after receiving a scholarship at the prestigious music school Ecole Normale de Musique de Paris “Alfred Cortot”, where she studies for Diplome Superieur de Musique under the mentorship of the remarkable flutist professor Mihi Kim. In 2020, along with her studies at “Alfred Cortot”, she starts a specialized cycle of studies for piccolo in CRR de Paris, in the class of Anne-Sophie Neves (first piccolo in the Orchestra of Radio France) in the Conservatory Mozart. She took part in a lot of state and international competitions winning numerous prizes and accolades. In 2017, after successfully auditioning she started playing in the orchestra of the Macedonian Philharmonic. The same year she played as a soloist with the orchestra and was a soloist with the “Orfej” ensemble in Bulgaria, two years in a row. In 2018 she represents her Macedonia at the European Music Finals Competition (Thomas Kuti prize) for flute, where she performs in the final alongside 17 other competitors from 17 European countries.  She has performed at the Skopje Summer Festival, Ohrid Summer Festival, the festival “Golden Lyre”, at jubilee concerts of Macedonian composers (Risto Avramovski, Tome Mancev, Stojan Stojkov). She was a member of the flute quartet Aulos for 5 years. In 2020 she performed at the opening of a gala at the Russian Embassy in France.