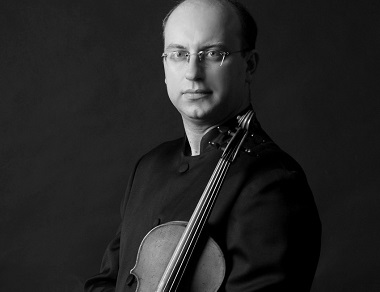 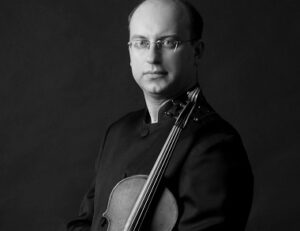 The Chamber orchestra of Jeunesses Musicales Macedonia was established over 30 years ago as the main segment of JMM Summer music camp in Ohrid in 1986. It is the only ensemble of its kind in South-East Europe. To this date the orchestra has welcomed more than 350 young musicians mostly from Macedonia but also guest musicians from other countries and it has become one of the highly professional string ensembles in the country.  Artistic directors and conductors of the orchestra include: F. Muratovski, G. Korunovski, S. Nikolovski-Gjumar, V. Nikolovski-Gjumar, M. Spasov, B. Canev, A. Remereit, B. Chadlovska, O. Kondratenko, Misha Katz, Gianluca Martinenghi, Elena Mitrevska, and the orchestra is dedicated to the promotion of young Macedonian conductors (Dijana Imeri Ilkoska, Ivan Eminovic). In 1995 recognizing the orchestra’s qualities and impact the ensemble was invited and featured in the celebrations of the 50 years Anniversary of the International Federation of Jeunesses Musicales in Budapest. Recordings include numerous concerts for Radio and TV as well as its own CD production with 5 CD’s to date. For 32 years the final concert of the summer session of the orchestra is part of the official programme of the Ohrid Summer Festival, and for 12 years the young musicans also perform at the Skopje Summer Festival and Bitola Summer Festival.

Since 2018 the orchestra carries the name of the Macedonian conductor Sasha Nikolovski-Gjumar, and in the past several years the summer session and concerts are conducted by the Macedonian violin virtuoso and pedagogue Oleg Kondratenko. 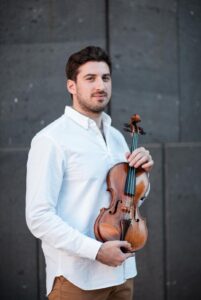 The young violinist Gjorgji Petrovski comes from Ohrid, N. Macedonia. At a young age he was musically gifted and had affinities for playing the violin. He attended the elementary school for musically talented in Ohrid and first started studying the violin professionally at the University of Ss. Cyril and Methodius. After that he continued his studies at the University of Music in Saarbrücken, Germany, where he received the bachelor’s degree in violin. He is currently studying Master of Music and compliments his musical education with well-known musicians like Hans-Peter Hofmann, David Grimal, Gordan Nikolitch and Tatevik Mokatsian. He won prizes in several competitions, including 1st prize at the International competition of young musicians in Nish, Serbia and 3rd prize at the International competition Ohrid Pearls.

He was also is a finalist in the Walter Gieseking Competition 2019 in Germany. Gjorgji Petrovski is engaged in various ensembles and orchestras. As a chamber musician, he has been performing with the Piano trio Anteros, with his piano duo he has performed in Milan, Stockholm, Berlin and Vienna and as a soloist he had appearances with the Macedonian Philharmonic Orchestra. His orchestral experience includes appearances with orchestra such as the Philharmonie Luxemburg, Junge Sinfonie Berlin and Neue Philharmonie München. In 2017, he was invited to the Tyroler Festival as the concertmaster in the Academy orchestra and he was part of the Davos Festival in Switzerland as concertmaster of the chamber orchestra.

Thanks to the support of the Maggini Foundation, Gjorgi Petrovski plays a violin Tommaso Carcassi (Firenze) from 1751.