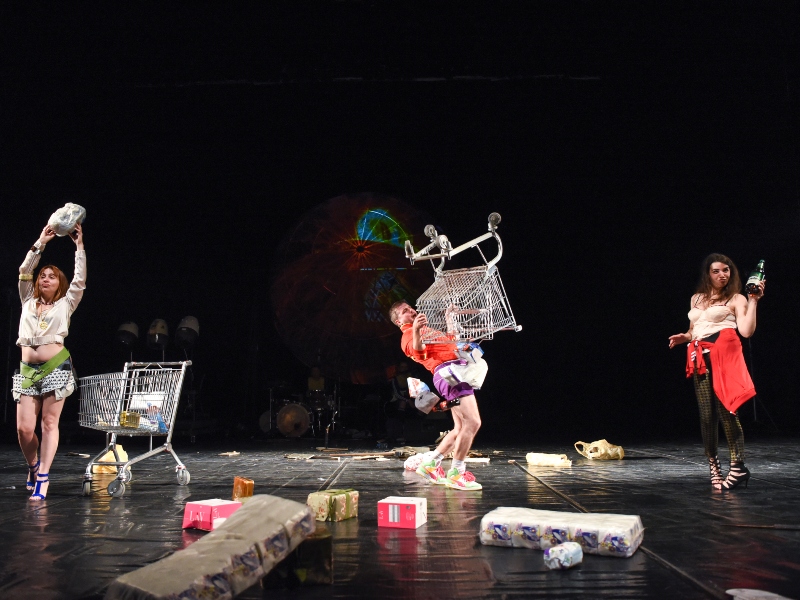 A performance is not politics.  The performance deals with the man and his community. The performance is a struggle. A human struggle. No one likes Coriolanus. They dislike both Shakespeare’s tragedy and Coriolanus as a character. And he is real and honest. Secretly we all agree with everything he says, but one thing is clear- he is not us. He tells us what we can’t say about ourselves. If he were a diplomat, if he were to use simple white lies for the purpose of building a democratic society, we wouldn’t even talk about him. But the lies are neither sweet nor white. They are bloody and ruthless. Even when we lie, we go through the hell of honesty to make the artistic creation a reality- at least art that is worth talking about.

Through history we always talk about these motherfuckers who were ugly, stupid, vicious and they made things so wrong that today we can’t enjoy the extreme perfection of welfare, freedom, safety and victory. The people, they are always but a silent character. That unclear abstract octopus never means a union of individuals.  As if it is not an individual that one person that makes a vote during elections or puts that vote in the box. No, the people always deny responsibility and assign it to the individual that has voted. At least for the next 4 years. The people always say they were manipulated. The majority is the law. It is a sexy mother fucker. And that majority can’t really say “yes”, even though it disagrees with the others that don’t share their stance. They will die before admitting it.  It doesn’t matter if this sentence has ever been spoken out loudly. Lies are sweet. They are true. And freedom hurts.

Born in 1970, Andras Urban is a theatre director. He was 17 when he founded the independent theatre and literature workshop that saw him work as a director and an actor. He then founded the theatre group “Iowa” which treats theatre as a specific but not all-encompassing ideological action. He studied film and theatre directing at the Academy of arts in Novi Sad and also directed plays at the Theatre in Subotica. In the 1990’s He didn’t complete his studies and started a life of solitude. He graduated in the class of Bora Drashkovic in 2000 and went back to the theatre working mostly with the MASK theatre in Szeged and with his own Andras Urban Ensemble.  From 2006 he is the artistic director of the “Dezhe Kostolanji” theatre in Subotica and is a founder of the International theatre festival Desire Central Station. His professional engagements take him to the theatres in Nish, Novi Sad, Belgrade, Szeged, Bitola, Ljubljana, Berlin, Cluj, Varna, Maribor, Rijeka. His specific approach to theatre has won him numerous prizes at international festivals in Serbia, Croatia, Hungary etc.