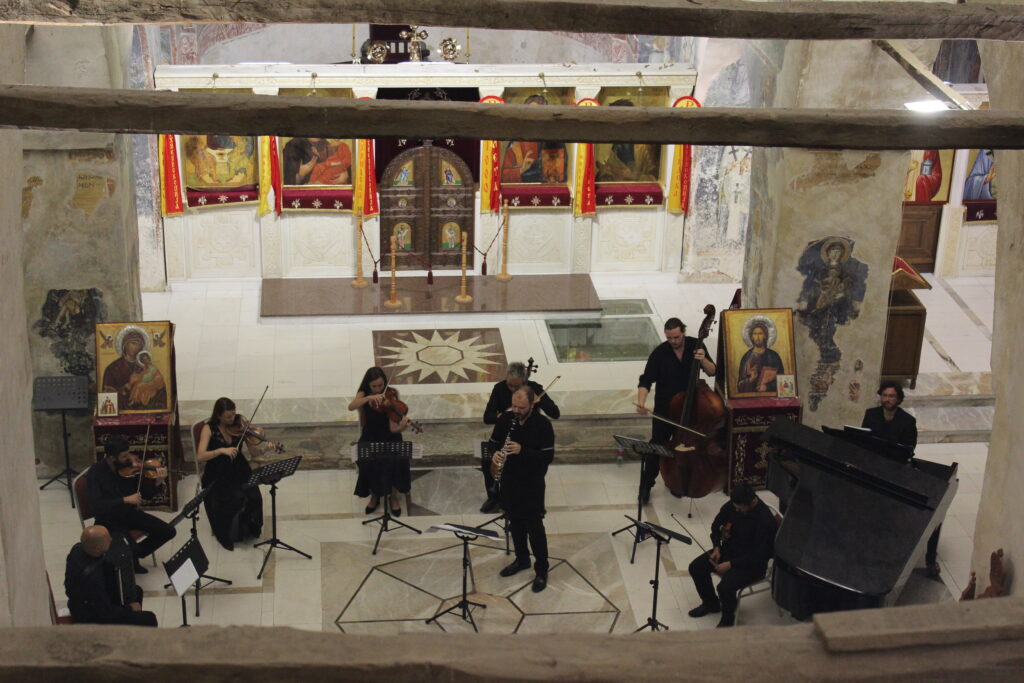 “Completely something else” – a superb esthetical experience for the audience

Standing ovations, admiration and creative ascension brought by the artists from the Balkan composition “Balkan Nuevo” led by the world-famous clarinetist Goran Bojcevski, the String Quartet of Macedonia and Dimitar Mihajlovski, a solo violin, which last night played in the church “St. Sophia” within the festival “Ohridsko summer “.
In the crowded church ambience, the compositions of the “Completly something else” project were performed. It is about author music written by Bojcevski with which these artists perform at various festivals around the world. 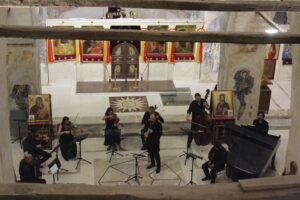 -Everywhere we performed this music we came across a great reception, as it was last night. We were in Austria, at elite festivals in Slovenia, Germany … and everywhere we got standing ovations, but the raptures last night were the most beautiful for me and touched my heart. We are thrilled by the audience of the “Ohrid Summer” and from the very event in general. It’s nice to be home and be welcomed. In all those years, when an artist goes to live outside and when he returns again, with such an audience we get confirmation that we are working well and that we are on the right track. I am grateful to the organizers and I look forward to the next meeting, said the clarinetist Bojcevski.
The artists say that they have been well integrated in the whole project from the very beginning, and confirmation of this, as they add, is the excellent reception with the audience. 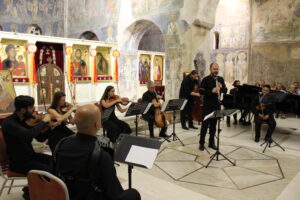 – I am very grateful to the selector of the music program at the festival “Ohrid Summer” Vaso Ristov, because he has enabled us, Macedonian artists, to do something good. This is our first concert with “Balkan Nuevo” and the String Quartet from Macedonia, but I’m sure there are many more such concerts, because from the very beginning we have fit perfectly, says Dimitar Mihajlovski, solo violin, which was part of the concert. 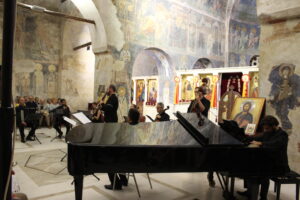 The “Completely something else” project that was presented last night to the festival audience included the compositions “Balkan Circus”, “Impression”, “Rise”, “Error”, “Prelude to the South”, “Dance”, “Klezmer for 2” Memento Mori “,” The Waltz of the Seven Vellas “, as one of the most famous Macedonian folk songs” Zajdi zajdi “, also in the arrangement of Goran Bojcevski. 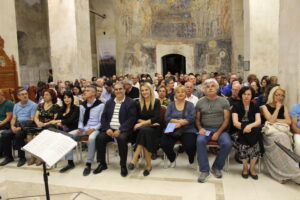