Within the Evening of romantic music for Viola at “Ohrid Summer”, tonight’s concert will be held by Blerim Grubi of viola and pianist Marija Vrskova.

The artist Blerim Grubi graduated from the Faculty of Music in Skopje where he also holds a master’s degree in the class of prof. Lj. Gospodinov. He has mastered master classes at the renowned virtuoso of Viola Yuri Bashmet at the Academy “Chigana” in Siena.

After completing his studies he started working at the Macedonian Philharmonic Orchestra. In parallel, he continually develops solo activity as a recital and chamber artist, taking part in renowned compositions and performing at festivals in the countries of the former Yugoslavia, Italy, Germany, Austria, Spain, Portugal, Norway, Japan and the United States.

Blerim Grubi was the leader of a group of violins of the chamber orchestra of the Music Youth of Macedonia, worked with the ensembles “Kupren”, “Vivendi” and the string trio “Kosova”, the studio “Bacchus”, and as a soloist performs with the Macedonian Philharmonic Orchestra, MF Chamber Orchestra, RTS Chamber Orchestra, Tirana Radio Symphony Orchestra, Opera and Ballet of Tirana, Chamber Orchestra “Pristina”, Kosovo Philharmonic Orchestra and others. He founded and prepared a program for competitions and was the initiator and founder of several ensembles, foundations and organizations such as Ars Kosova, the Union of Albanian Music and Ballet Artists in Macedonia, and in 2012, at the invitation of the University of Colombo-Paris, France held a master’s Course for viola. 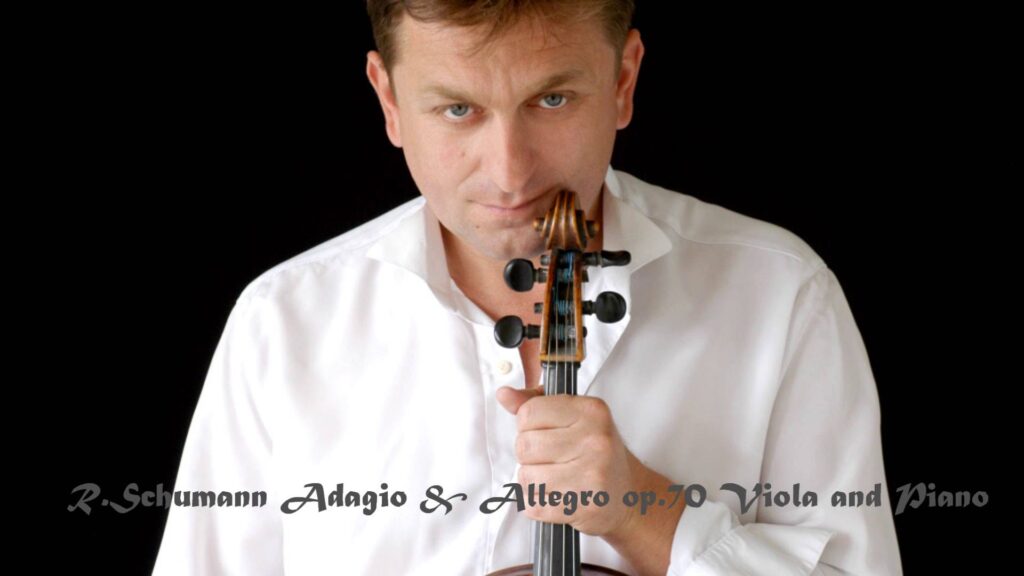 He has recorded two CDs and has promoted them in Skopje, Pristina and Tirana. He is currently a professor at the State University in Tetovo and Pristina University.

Pianist Marija Vrskova was born in Bitola where she finished her primary and secondary music education. She graduated from the Faculty of Music Arts – Skopje with the highest rating of the godfather in the class of Professor Svetiev, where she completed her master studies in piano. During her education she has won several prizes within the former Yugoslavia, and her most important international award is the Third Prize at the International Youth Pianists Contest in Rome – Italy.

She has participated in numerous seminars for piano and chamber music, and is several times the only representative of Macedonia in the World Youth Orchestra where she collaborates with top conductors and soloists.

In addition to the few recorded CDs with prominent Macedonian artists, Ana and Oleg Kondratenko, Blerim Grubi, Straso Temkov, in 2010, she also recorded her first solo CD with Macedonian piano music. As a soloist and chamber musician, he performs in Turkey, Croatia, the Netherlands, Germany, Poland, Great Britain, Ukraine, Italy, Bulgaria, Russia, America, Serbia, Austria, Greece … Vrskova is part of the artists who regularly perform at the renowned festivals in Macedonia, Such as “Ohrid Summer”, DMM, “Golden Lira” and “Autumn Music Festivities”.

As the pinnacle of her artistic activity, she is the award for a special artistic achievement, won by the international jury at the 2009 International Competition “Ohrid Pearls”, as well as three “Virtuosi” awards for a musical performer in 2013 and two awards for chamber composition in 2015 and 2016. At the moment, Maria Vrskova works as an assistant professor at FMU-Skopje.

The concert of the Macedonian artists Grubi and Vrshkova will be held in the church “St. Sofia” at 8 pm and will be live on the “Ohrid Summer” web site
www.ohridskoleto.com.mk

Also, the video transmission can be monitored through the announced facebook links, as well as on the web portals of the media sponsors of the most significant cultural manifestation, the Ohrid Summer Festival.

Live Streaming is a novelty practiced at all world festivals. “Ohrid Summer” in cooperation with the general sponsor T-HOME introduced this practice of web production in order for the festival to get closer to the latest IT achievements.