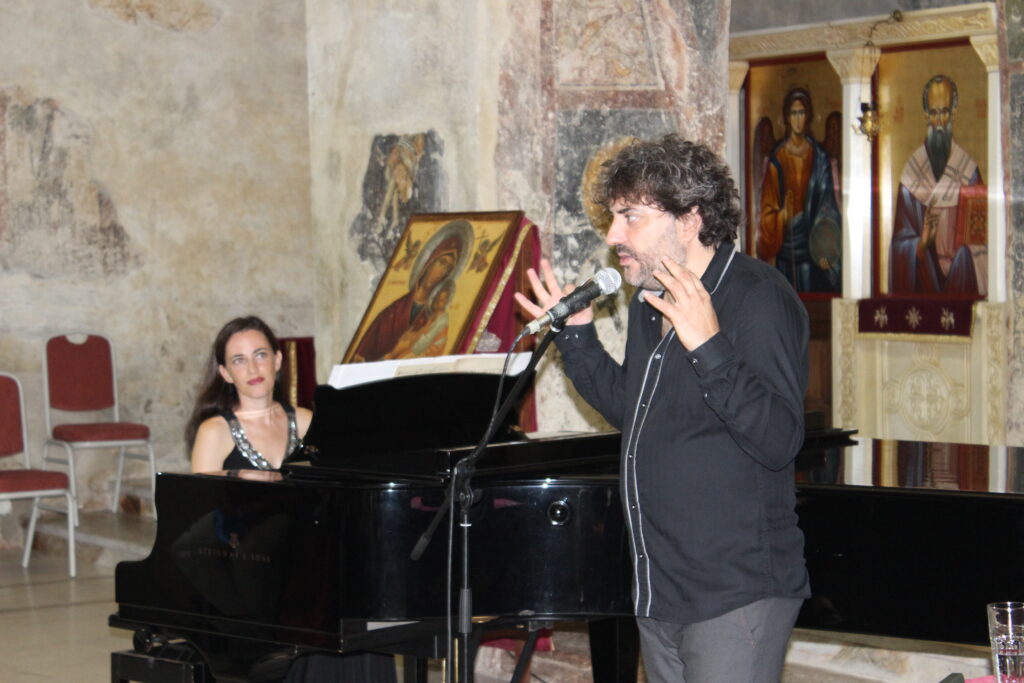 “Ohrid Summer” in the sign of the Spanish and Argentine dances

The oral harmonica virtuoso Antonio Serrano and the top pianist Constanta Lechner held a concert for memory of Spanish and Argentine dances within the Ohrid Summer Festival last night. The two artists who are performing all over the world have won the audience in Ohrid who came to the church “St. Sophia” to enjoy the wonderful sounds that emerged from the two instruments.

Serrano, who has impressive technical abilities on a chromatic oral accordion, is performing for the second time at the Ohrid Summer Festival after many years of his concert together with world famous guitarist Paco de Lucia.

– I performed in the Ohrid Summer Festival many years ago with Paco de Lucia. I’m happy to be here again, but this time with my project for classical duo-piano and oral harmonica. Last night for the wonderful audience of “Ohrid Summer” we performed classical compositions by Spanish compilers such as Manuel de Falla, Enrique Granados, Pablo de Sarasate, but we also played compositions by Argentine authors such as Astor Piazzola and Carlos Gustavo because the pianist I’m playing originates from Argentina . At the end of the concert, we made a mix of Spanish and Argentinian music, said Serano, who said that after the performance of “Ohrid Summer” he will rest briefly and then continue his concerts around the world. 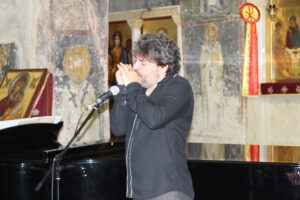 Serrano’s repertoire consists of works of classical music, to works of jazz, tango and flamenco music. Thanks to this, this Spanish artist becomes one of the most important improvisers of his generation. Great popularity allows him to collaborate with some of the most important Spanish musicians. In addition, he also performed with several symphonic orchestras in the world, and recorded music for some of the films of the famous world director Pedro Almodovar. His discography collection includes even 11 custom sound carriers.

Pianist Constanta Lechner has a versatile approach to music, completing her piano studies at the San Lorenzo del Escorial Conservatory and studying parallel harpsichord, old music, a modern piano and jazz at the Madrid School of Creative Music. It has enabled him to collaborate with various symphonic orchestras and performers from Spain and the world. 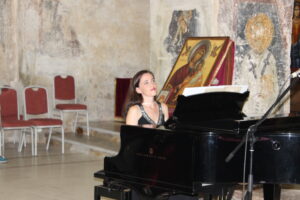