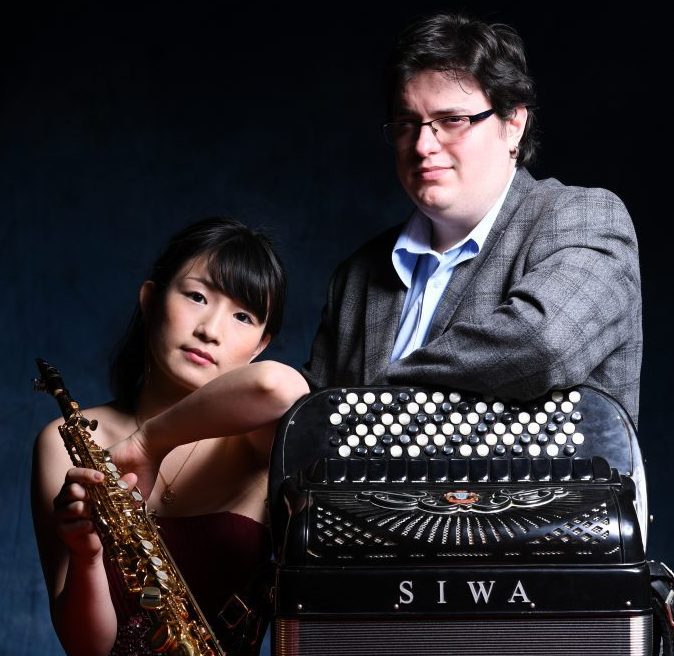 The “Sora” duo tonight will perform at “Ohrid Summer”

After the last birthday concert of the group “Synthesis”, the music program of the Ohrid Summer Festival continues tonight with a performance by the Duo “Sora” in the church “St. Sophia”, starting at 21:00.
The “Sora” duo consists of the Japanese saxophonist Uchida and the Macedonian accordion player Fati Fehmiu. The program of the evening concert will be compositions by Johan Sebastian Bach, Alexander Borodin, Antonio Vivaldi, Alessandro Marcello, Astor Piazzola, Bela Bartok, as well as traditional Macedonian songs, all in the arrangement of the duo. 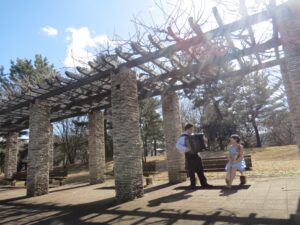 The “Sora” duo was founded in 2015, and only a year later it held its first concert. Since then, they regularly perform at various events where they perform their own compositions, arrangements of famous works, as well as works of classical music, traditional and folk music, as well as film music, playing various instruments – saxophone, harmonica, piano, violin and others . The duo won the special prize of the audience at the 14th concert at the Yumeu Hall in Japan in 2016.
Uchida Shiori begins to learn a piano at age two, and a saxophone 10 years later. He graduated from the College of Music “Kunitachi”, and as a result of successful studies, she started performing as a soloist with the University Symphony Orchestra and other chamber compositions. She studied under the mentorship of Kumoi Masato, Araki Koichi and Koji Jurey – professors and real professionals in their business. She also attended a master course at the famous American saxophonist Frederick L. Chem. 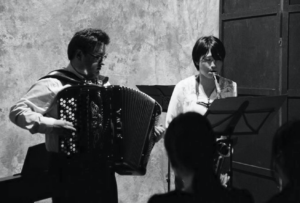 Fati Fehmiu begins his musical education by playing accordion and violin. From an early age, he attracts the composition, so he is enrolled in academic studies in violin and composition at the same time. He holds a master’s degree in musicology and music pedagogy, and also studying computer music at the Kunitachi College of Music in Tokyo, where he also began his PhD studies. In his career, he collaborated with prominent artists, and won many awards.