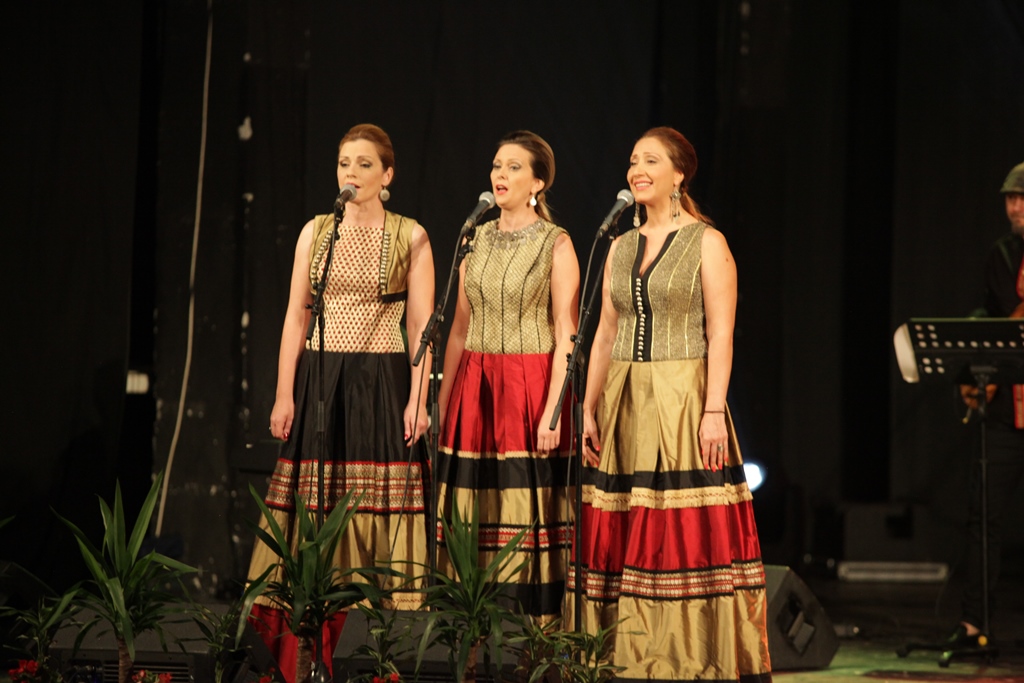 With the concert of the most famous Macedonian ethno group “Synthesis”, the festival “Ohrid Summer” last night marked the 58th anniversary of this most important musical-scenic manifestation in Macedonia.

In the crowded hall of the Culture Center “Grigor Prlichev”, the festival offered its original and invaluable Macedonian folk treasure for its birthday. The repertoire included old Macedonian songs old, forgotten, and even so far unheard of folk songs that are part of the rich Macedonian cultural heritage. “Jano jadovice”, “Ostrov”, “Filma Moma”, “Me Fatije”, “Vo nase selo” were only a part of the traditional songs with a modern sound that they were broadcasting to the audience.

– In the new album “Ostrov” we presented songs from the Aegean part of Macedonia. Again old Macedonian original, traditional songs with a modern tone to bring this music closer to the younger generation and to future generations, says Aneta Shulankovska, one of the vocalists of “Synthesis”.

“Synthesis” is one of the most famous Macedonian groups that has gained worldwide affirmation made up of professional musicians. In its music, the band relies on traditional Macedonian music, but in combination with contemporary arrangements, it uses almost all traditional Macedonian instruments: kaval, bagpipe, zurla, drum, tarabuka and tambura. This musical ensemble was founded in 1995 in order to promote the folk music values of Macedonia.

Exploring deep in the roots of the Macedonian folk music heritage, by keeping the basic features of traditional compositions, and then “dressing them” in modern, inventive and quality treatments and arrangements, Synthesis gets the most discerning acclaim wherever it performs in Macedonia and in the world.