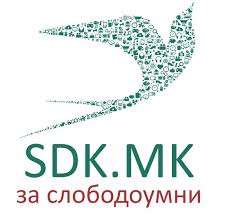 This year, Ohrid Summer received 23 million denars from the Ministry of Culture, unlike last year when it received 30.5 million denars, and festival director Suzana Vrencoska says she will bring top artists and with less money than those which were asked for.

“Although the program of this year’s Ohrid Summer is being prepared, we announce that on the Ohrid scenes this summer we will have the opportunity to see artists from the music and drama world that are at the very top in the world. Their names will be announced when the time comes, but we know that they are the arts top, “said Vrencoska.

Despite the big budget, the last year’s edition of the Ohrid Summer Festival is considered one of the faintest.

“We really received less funds from the requested ones, but we will reimburse it in another way. We also provide our own funds from ticket sales, but also through sponsorship. I can tell you that the sponsors have a willingness to financially support us, in order to see the top music and drama names from the country and abroad this summer, “said Vrencoska.