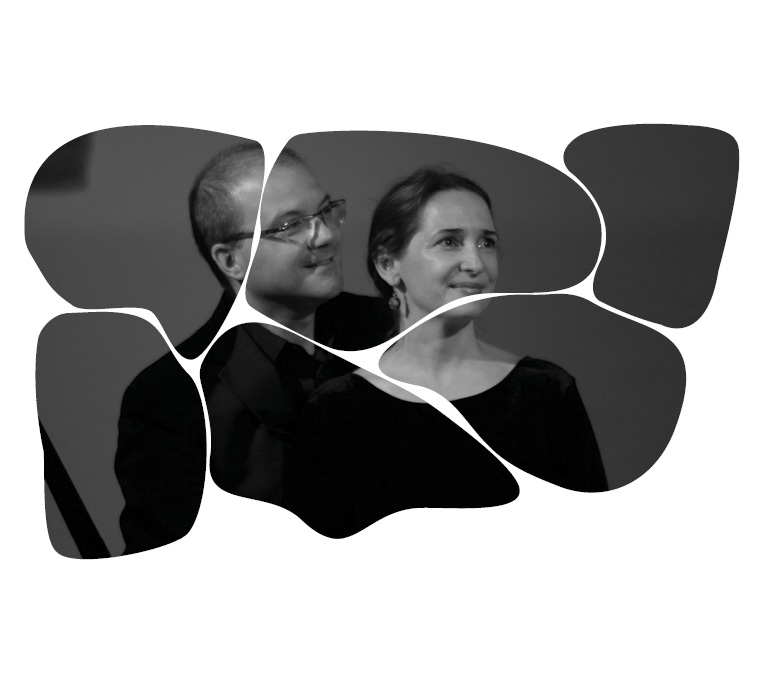 Their unique piano style is formed by their versatile cultural backgrounds combined with their education in established musical institutions such as the Academy of Music in Ljubljana, the “Santa Cecilia” music Academy in Bergamo, Academia “Angelica Constantiniana” in Rome, the Music academy in Pescara as well as through studying and working with such artists as Konstantin Bogino, Dubravka Tomshic Srebotnjak, Rita Trpcheva Popovic,, Mariagracia Lioy, Carola Grindea, Noel Flores, Aleksandar Serdar, Marina Horak, Mikhail Voskresensky, Aldo Ciccolini, Bruno Rigutto, Marcella Crudeli etc..
As soloists and chamber musicians they are winners of numerous prizes at International competitions and have performed with the Macedonian Philharmonic, Slovenian Philharmonic, the orchestra of the Music Academy in Pescara, the Youth orchestra from Martinengo, the orchestra of the International Festival in Chioggia. They have also performed at the Ohrid Summer Festival, at the “Kolarac Hall” in Belgrade, at the National Museum in Sofia, at “Kamerfest” in Prishtina, at the theatre “Paisiello” in Lecce, the hall “Piatti” in Bergamo, at the theatre “Marcello” in Rome, at the Slovenian Conservatory in Paris, the “Gothenaum” in Dornach, “Michael Hall” in London, the Music Academy in Oslo etc.

Both Ana and Antonio are waldorf education pedagogues and teach at the Waldorf music school in Ljubljana managing to successfully combine their teaching and performing careers. They are often teaching and giving concerts organized by the music schools in Slovenia, and appear regularly as educators for EPTA Slovenia and Italy. Their broad repertoire spans from the works of Bach to pieces by Schedrin and Kurtag. In 2014 they released their first CD entitled “Tarantella” with solo and duo works.