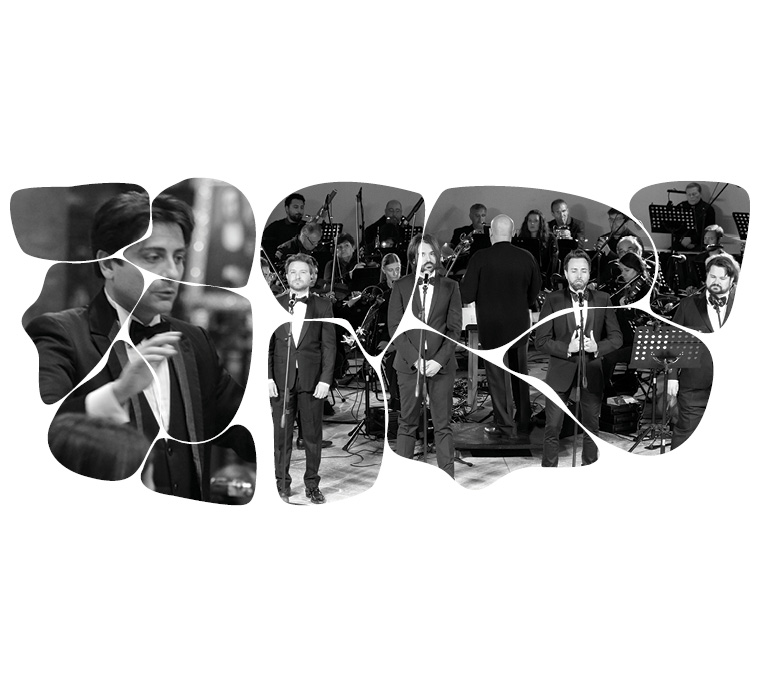 Alessandro D’Acrissa, graduated opera singing with honors at the Conservatory of Cosenza and debuted in the role of Renato in the operetta, “The Count of Luxembourg” by F. Lehar at the Theatre Rendano in Cosenza. Since then, he has performed various roles in such theatres as the   Teatro dell’Opera in Rome, Teatro Comunale in Modena, Teatro Verdi in Trieste, Teatro Traiano Civitavecchia. He made notable performances as Pinkerton in “Madama Butterlfly”, Nemorino in “L’ Elisir d’Amore”, Beppe in “Pagliacci”, Ernesto in “Don Pasquale” etc.  He was selected by the Pavarotti Foundation to take part in the show Belcanto -The Pavarotti Heritage conducted by Maestro Pasquale Menchise.

Born 1987, Federico Serra displayed an aptitude for music and singing from a very early age. At just 11 years old, he won his first pop music competition in Italy which led to his family enrolling him in light singing lessons. Within a few years, Federico participated in several singing competitions winning first place in seven events. At 17 years old, Federico enrolled at the Liceo Musicale of Varese with specialization in opera singing and piano and began a long period of study with Vito Maria Brunetti, Gianfranco Cecchele, Federico Longhi and Alfredo Zanazzo. Thanks to the commitment and results achieved, Federico debuted in 2014 at the Donizetti theatre in Bergamo. In 2015 he performed for the first time with the Verona Philharmonic interpreting the most famous opera arias continuing this concert activity in the following years in different theatres.

Giovanni Maria Palmia graduated in experimental opera singing at the “Arrigo Boito” Conservatory of Parma in 2014 and specialized at the Scuola dell’Opera of the Teatro Comunale of Bologna and in masterclasses with Renata Scotto and Mariella Devia. He began singing in various choirs, while performing various roles in various operas, including Adriana Lecouvreur, Rigoletto, Nabucco, Aida, Jérusalem, Trovatore, Tosca, Madama Butterfly, Werther, Carmen. In 2016 he debuted with the role of Carlo Moor in the opera I masnadieri by Giuseppe Verdi at the Festival Verdi in Parma, followed by the role of Gastone in La Traviata at the Teatro Comunale in Bologna.  He was Matteo Borsa in Rigoletto at the Teatro Regio in Parma, in the prestigious staging by Pier Luigi Samaritani, under the direction of Maestro Francesco Ivan Ciampa, on the occasion of Leo Nucci’s 50-year career.

Ugo Tarquini completed his conservatoire studies followed by a specialization under the guidance of the famous tenor Nicola Martinucci, bass Alfredo Zanazzo and Lucetta Bizzi.

He sang in prestigious opera houses, including the Verona Arena, the Bolshoi theatre in Moscow, the Muscat Opera House in Oman, the Seoul Arts Center in South Korea, the Theatre Regio in Parma…

He actively collaborated with the “Luciano Pavarotti Foundation”, on behalf of which, among the many events, he walked the scenes of the Verona Arena on the opening night of the 2013 Areniana season, the Bolshoi theatre in Moscow and the Rubén Darío National theatre in prestigious celebratory concerts of the great Maestro Pavarotti. Among the main roles that he performed are those of Rodolfo in La Bohème, Pinkerton in Madama Butterfly and Roberto in Puccini’s Le Villi, Tamino in Mozart’s Zauberflöte, the title role in Verdi’s Don Carlo, Don José in Bizet’s Carmen and many more. Following the international competition As.Li.Co. 2013 e performed the role of Erik in R. Wagner’s Der Fliegende Holländer at the Teatro Sociale di Como and in 2014, after attending the academy of the Puccini Festival, he was selected to take part in the same season performing the role of Rinuccio in Puccini’s Gianni Schicchi.

In addition to his artistic qualifications, he also holds a degree in telecommunications engineering.

He has taken part in numerous master classes led by world famous conductors, and he attracts the attention of the critics when he reaches the finals of the conducting competition in Spoleto in 2006. Since then, he has been regularly engaged to conduct orchestral and operatic performances in Modena, Ferrara, Florence, Genova, Parma etc. Since 1998 he is the conductor and artistic leader of the choir “Quadriclavio” in Bologna- an ensemble specializing in sacred music. As part of his work with this choir, maestro Bizzarri has conquered most of the sacred repertoire for choir and orchestra including the masses and sacred works by Bach, Haydn, Vivaldi, Pergolesi, the requiems by Mozart, Verdi, Faure and many more. At the opera stage he has conducted numerous titles including those of the great Italian masters of opera Verdi, Puccini, Mascagni, Rossini etc. He has guest conducted in Romania and Bulgaria and is the director of the Parma Opera Art foundation and the opera festival “Reggia di Colorno” in Parma.

Orchestra of the Natoinal opera and ballet

The National Opera and Ballet was established in 1947 and has been an key of culture for over 75 years.

The early founding days were marked by productions that involved professional musicians but also amateurs from the orchestras and choirs working in Skopje. A turning point in the history of the ensemble was the arrival of renowned music director Lovro Matacic and under his guidance the orchestra and choir were fully equipped and his work with the soloists resulted in a constant development and versatility of repertoire especially dedicated to the conquering of the “iron” opera repertoire. The quality of the ensemble was reaching new heights and started making guest appearances in all major cities of former Yugoslavia (Belgrade, Zagreb, Ljubljana, Sarajevo and Novi Sad) as well as in Lodz (Poland), Nuremberg (Germany), Strasbourg (France), Bucharest (Romania), Sofia (Bulgaria), Tirana (Albania) etc. In 1972 the National opera and ballet established the annual festival May Opera Evenings, one of the few opera festivals in Europe, which has since welcomed highly acclaimed soloists and this year celebrated its 50 year jubilee.

There is a strong bond between the Ohrid Summer festival and the National Opera and Ballet. Namely- the soloist, conductors and ensembles of the Opera and Ballet have been regular guests on the Festival stages in Ohrid in the past decades and to this day. 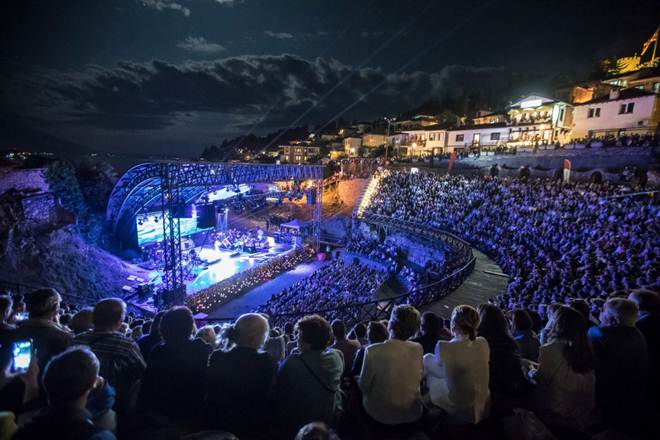