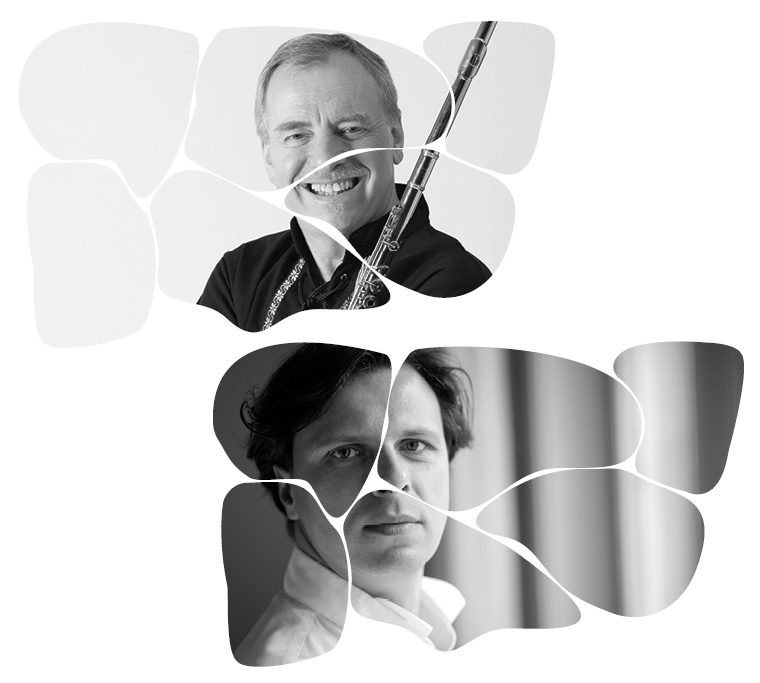 Born in 1961 in Hungary, Janos Balint graduated from the “Franz Liszt” Academy of Music in Budapest in 1984. He won many awards at international competitions (Ancona, Leipzig, Markneukirchen).

In the period 1981-1991 he was solo flutist of the Hungarian Radio Symphony Orchestra and held the same position at the Hungarian National Philharmonic Orchestra in the years 2000-2007. Janos Balint is the founder and director of Doppler Flute Institute at Budapest, and at the moment he is a professor at the Musikhochschule in Detmold, Germany and guest professor at the “Karol Szymanowski” Academy of Music in Katowice. As a soloist he has performed in almost all European contries and also in the USA, Japan, Taiwan, Korea and Israel with partners like András Schiff, Martha Algerich, Miklós Perényi, Zoltán Kocsis, Auréle Nicolet. He has recorded over 30 CD-s with Hungaroton, Capriccio and Naxos.

Every year, he conducts 10-12 master classes all over the world in some of the finest educational institutions including the Sibellius Academy Helsinki-Finland, the Musichochschule in Vienna-Austria, Trinity College London-England and many more.

His wide repertoire for flute includes more than a thousand works from baroque to contemporary including works written especially for him. These pieces include concertos, works with orchestra, with strings, guitar, harp, piano, and voice and to make this wide repertory even richer he often makes his own transcriptions. In 2008 Janos Balint was awarded the highest Hungarian recognition for musical performance, the Franz Liszt-prize by the Ministry of Culture and Education of Hungary.

One of the most prominent Serbian pianists of his generation, Vladimir Milošević s graduated from the University of Arts in Belgrade, where he studied with Prof. Nevena Popović. After finishing his postgraduate studies with Popović, he continued with his specialist studies in Italy at the renowned academy, Incontri col Maestro in Imola, with Lazar Berman and Michel Dalberto. Vladimir has been proclaimed the Rising Artist by the New York Concert Artists & Associates and was featured with the NYCA Symphony Orchestra in 2014 at Merkin Concert Hall in New York City. Vladimir performed at some of the most celebrated music halls in Paris, London, Berlin, Prague, Vienna, Tel Aviv, Milan, Rome, Perugia, Venezia, Rennes, Nice, Lyon and Vilnius among others. As the winner of the international competition, Concerti in Villa in Vicenza, Italy, he gave his debut concert at the prestigious Carnegie Recital Hall in New York in 2005. Vladimir toured South Africa (Cape Town, Johannesburg, Bloemfontein, Durban, and Port Elisabeth), Brazil (Porto Alegre, Pelotas, Sao Jose dos Campos), Morocco (Casablanca, Rabat, and Marrakesh), and Australia, performing recitals and giving masterclasses in Sydney, Canberra, and Melbourne.

Vladimir Milošević is а Professor of Piano at the University of Arts in Belgrade.

Established as the formost pianist of his generation, Vladimir Milošević has been proclaimed the Winner of the 2013 Rising Artist Concerto Presentation by the New York Concert Artists & Associates and he featured with NYCA Symphony Orchestra in 2014 at Merkin Concert Hall – Kaufman Music Center in  New York City.

So far his performances were lauded by the critics in many European centers, in venues such as Salle Cortot in Paris, Steinway Hall in London, Konzerthaus Berlin, Teatro Tivoli in Porto, Foerster Hall in Prague, Teatro Olimpico in Vicenza, Konzerthaus Vienna, Mann Auditorium in Tel Aviv and also in Milan, Rome, Bari, Venezia, Rennes, Nice, Lyon etc. As a winner of the competition Concerti in Villa in Vicenza, Italy, he got his debut concert at the prestigious Carnegie Hall in New York in 2005, and was subsequently featured within the concert cycle Velikani muzičke scene – Rising Stars of the Kolarac Hall in Belgrade.

In 2007 he toured South Africa where he performed in major concert venues such as City Hall and Baxter theatre in Cape Town, Linder Auditorium in Johannesburg among others. He toured Brazil (Porto Alegre, Pelotas, Sao Jose dos Campos) and Morocco (Casablanca, Rabat and Marrakesh) and Australia performing recitals and giving masterclasses in Sydney, Canberra and Melbourne. Recently, he was Schwartz Artist in Residence at the Emory University in Atlanta as well as a lecturer at the Global Summer Institute of Music in Richmond, where he performed as soloist and chamber musician both at the Kennedy Center for Performing Arts in Washington DC and Richmond. He also performed and gave masterclasses at the Zhejiang Conservatory of Music in Hangzhou, China.

He performed at the biggest classical music festivals such BEMUS, NIMUS, LEDAMUS, Bolshoi Festival in Mećavnik; Ohridsko leto in N. Macedonia, Arsana festival in Slovenia; Zagreb Summer Festival Večeri na Griču, Festival Marco Polo  in Croatia; Contemporary Piano Faces Festival in Saint Petersburg, Russia etc. He collaborated with many saught after musicians such as violinists Stefan Milenković and Roman Simović,  cellists Dragan Đorđević, Tim Hugh, Dmitry Prokofiev, flutist Janos Balint, to name a few. At the Semaines musicales Festival in Crans-Montana (Switzerland) he performed in piano duo with Michel Dalberto, after which he was invited to the renowned festival Les pianos de nouveau siècle in Lille (France) where he performed as one of soloists in Mozart’s Concerto for three pianos together with Michel Dalberto and Jean-Bernard Pommier and the Orchestre symphonique de Bretagne.