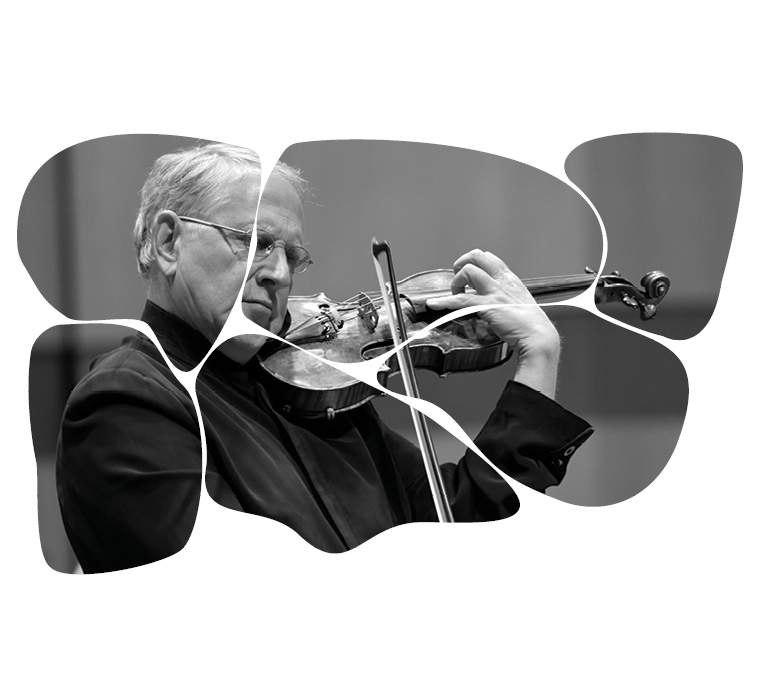 Shlomo Mintz is considered by colleagues, audiences, and critics one of the foremost violinists of our time, esteemed for his impeccable musicianship, stylistic versatility, and commanding technique. Awarded with many prestigious international prizes including the Premio Internazionale Accademia Musicale Chigiana, the Diapason D’Or, the Grand Prix du Disque, the Gramophone Award, the Edison Award and the Cremona Music Award, in 2006 he received an Honorary Degree from the Ben-Gurion University in Beersheba (Israel). Born in Moscow and immigrated when he was 2 to Israel, he studied with Ilona Feher who introduced Mintz to Isaac Stern who became his mentor. He was also a student of Dorothy DeLay in New York. On stage from an early age and along his career, he has collaborated with such a famous artists like Isaac Stern, Mstislav Rostropovich, Zukerman, Itzhak Perlman, Zubin Mehta, Claudio Abbado, Carlo Maria Giulini, Riccardo Muti, Yuri Temirkanov, Ida Haendel and Ivry Gitlis, among many others, and played with the best orchestras in the world as the Berlin, Vienna, Concertgebouw, Chicago, Los Angeles, Philadelphia and New York Philharmonic.

At 18 years old, Mintz launched a parallel career as a conductor, and has since led acclaimed orchestras worldwide including the Royal Philharmonic (United Kingdom), the NHK Symphony (Japan), and the Israel Philharmonic. He was one of the founders of the Keshet Eilon International Violin Master course in Israel and served as a patron there for eighteen years (1992-2010) and is one of the main actors/co-founders of the “Violins of Hope” project: forty-five violins whose owners lost their lives in ghettos and concentration camps during World War II, restored and displayed internationally.