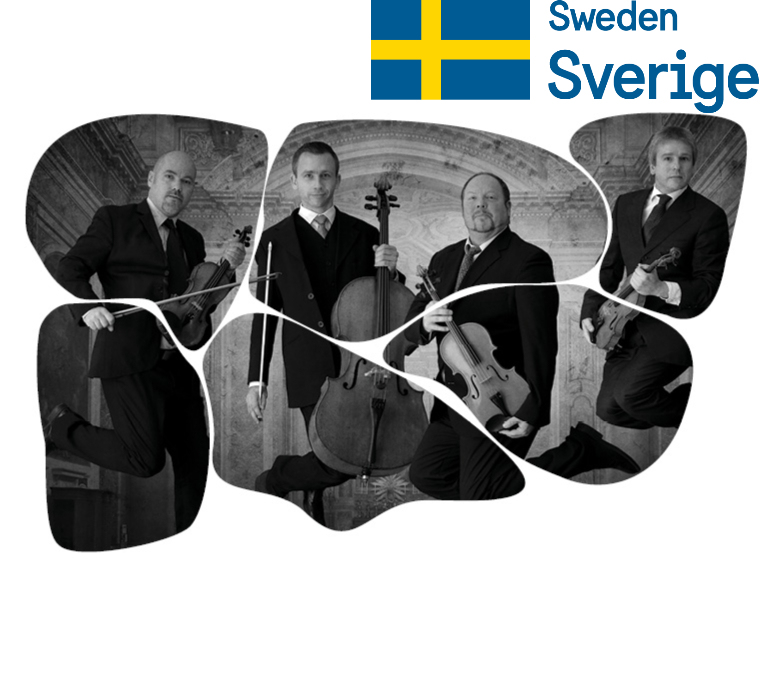 The Stenhammar Quartet was founded in 1995. Their warm and energetic musicianship together with striking technical refinement have given them a position as one of the most interesting and respected quartets in Scandinavia today. Tours in Sweden as well as invitations to many chamber music festivals have brought the quartet to England, Poland, Germany, Denmark, Algiers, Finland, and India during last years. In 2010 the quartet made its debut in London and was reinvited for 2012. The main emphasis of the repertoire is on Swedish music, but, needless to say, the international repertoire is of course also included. New music has a special place for them and they have commissioned and premiered over 30 pieces by contemporary composers. Their release in 2008 (Daphne records) with music by Lars-Erik Larsson including the first ever recording of ”Late Autumn Leaves” received fantastic critics and was nominated for a Swedish Grammy award. In 2009 they released their second cd with contemporary Swedish string quartets (Phono Suecia). ”Outstanding performance” was the comment of international magazine The Strad. In 2011 the quartet started the recordings of W. Stenhammar’s complete quartets on the BIS label. All Stenhammar volumes are now released and has received fantastic reviews in the international press. The latest release with Ravel/Debussy string quartets (ALBA) was nominated for a Swedish Grammy in 2019. The season 2021 included debuts at Beethoven Haus Bonn and also “The Oxford Lieder Festival”. SQ has been honored with the Royal Academy of Music’s Interpret Price. Since 2017 they have been ”Quartet in Residence” at the Örebro University.