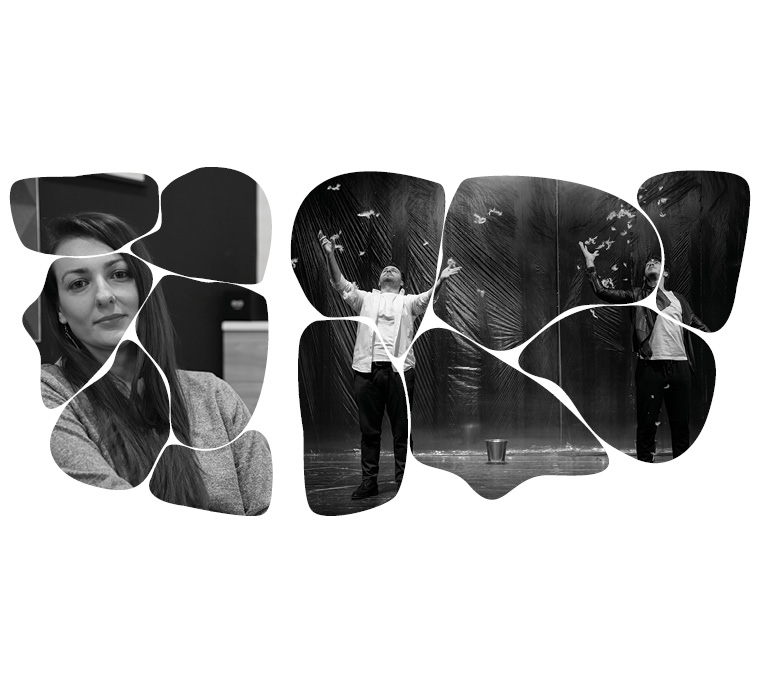 “The Seagull” is a drama that speaks of theatre and love. In his capital work, Chekhov uses the power of tragicomedy to present the fragility of life in which a chain of characters is intertwined- people with lost life goals, unfortunate destinies, unreturned love, put in situations that they cannot or are unable to cope with. This take on the “Seagull” is a contemporary view on two important subjects: the conflict of generations (young and old) and the consequence of unanswered love. We accentuate the problem of the role of the elderly generation in crushing the dreams of the younger ones, the way they destroy the inner child in every one of us. This is a play that I have adored since my student days, and we have enjoyed the creative process of putting in on stage.

“Well, I have finished with the play. I began it forte and ended it pianissimo- contrary to all the rules of dramatic art. (A. P. Chekhov about the “Seagull” in a letter to his publisher Suvorin, 1895).

The question concerning the works of Chekhov is not why his plays don’t have a classical dramatic story, but why that dramatic story is not necessary. Chekhov is not interested in the drama per se, nor is he interested in the insignificance there of, but he is interested in the relationship between these two occurrences and what happens amidst their constant clashing, intertwining, encountering.
It is namely because Chekhov is more interested in the relationships between the characters and their surroundings, the reality they share, more than he is interested in the consequences, so we take to disagree with his account that nothing really happens in his works, on the contrary we feel that they carry more action than necessary.
The end in Chekhov’s dramas is not a final definition, nor a definite judgement. The end is a secret that remains in the air until the lights in the theatre go off.

Nela Vitoshevikj graduated and earned the master’s degree from the Faculty of dramatic arts in Skopje in the class of prof. Slobodan Unkovski. In the period 2011-2015 she works as a teacher’s assistant at the Faculty of dramatic arts, and her successful stage debut comes with David Mamet’s “Sexual Perversity in Chicago” at the Skopje Drama Theater. This is followed by her directing at the Macedonian National theatre and at the Prilep theatre. As a director of the “Dragon’s bride” for the Prilep theatre she is awarded the best director award at the “Vojdan Chernodrinski” festival. She has recently directed “Strengers”, “Macbeth”, and Rumena Buzharovska “My husband” in Skopje. For the Prilep theatre she has directed: “A Midsummer night’s dream”, “Kazimir and Karolina”, while in Kumanovo for the Kumanovo theatre she has worked on “Woman from the past” by R. Schimmelpfenning, “Constellation” by Nick Payne. She is the founder and creative force behind Wonderland Theatre, an independent theatre project that is a breath of fresh air at the Macedonian theatre stage. For Wonderland Theatre she has produced “The Firm”, “5:17” and the “Doll boat” by Milena Markovic which was awarded the jury prize and prize for best play at the MOT International theatre festival. For her directing she has won over 20 awards and prizes and the plays have been performed at festivals in R.N. Macedonia and in Europe. Nela Vitoshevikj works at the Macedonian National Theatre.