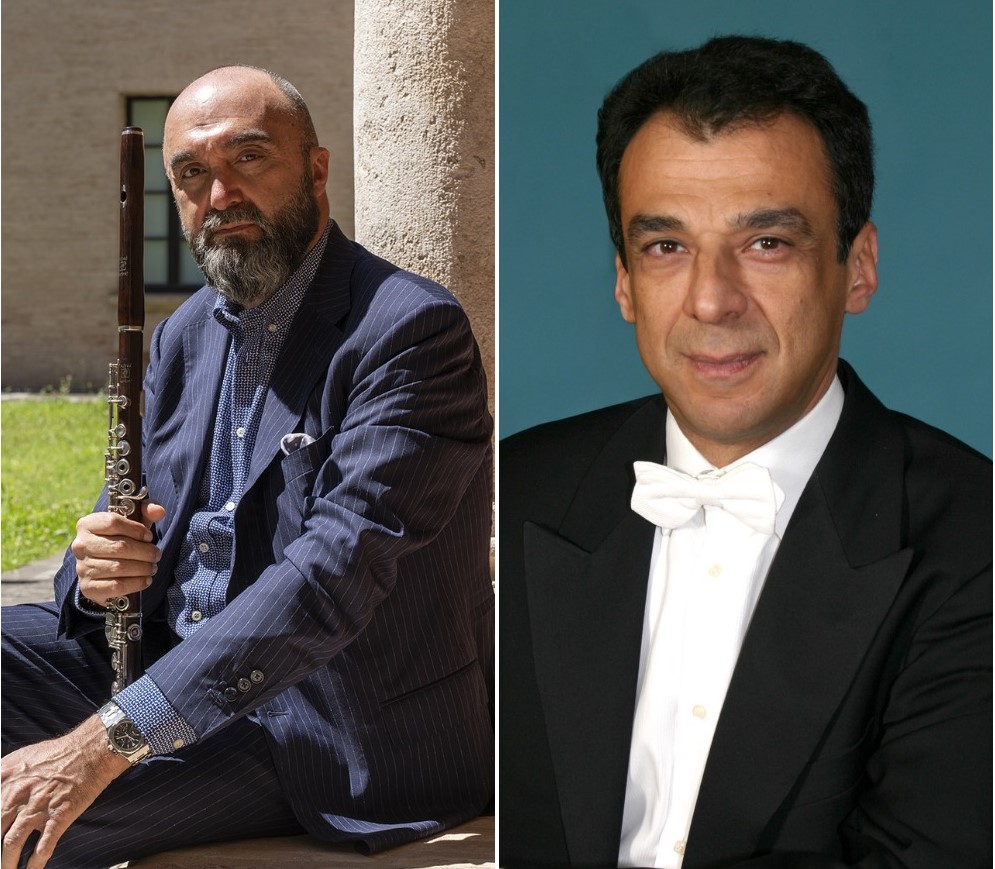 Massimo Mercelli is the flautist in the world with the most important dedications; star composers as Penderecki, Gubaidulina, Glass, Nyman, Bacalov, Morricone, Galliano, Sollima wrote and/or performed with him. At just nineteen years of age, he became the principal flute at Teatro La Fenice in Venice and had won several prizes at international competitions in Italy.

He has performed as a soloist in some of the world most prestigious concert halls like Carnegie Hall, Munchen, Philarmonie, the halls in Berlin, Beijing, Buenos Aires, Amsterdam, Madrid, Geneve, London, Rome, Saint Petersburg, Moscow, and many more alongside some of the most acclaimed conductors of today like Valery Gergiev, Krzysztof Penderecki, Philip Glass, Michael Nyman, Massimo Quarta, Ennio Morricone etc. He has performed with the Berlin Philharmonic and in the Big Hall of Moscow Conservatory, in a Gala Concert with Yuri Bashmet and Gidon Kremer. Massimo Mercelli has played on tour with “I Virtuosi Italiani”, conducted by Krzsystof Penderecki, playing his Sinfonietta for flute and strings.

Recently he performed at London’s Wigmore Hall and Salzburg’s Mozarteum, held a Master Class at the Rostropovich Foundation and played the first performance of Philip Glass’s composition “Façades” for flute and piano, with the composer at the piano.
In 2012 the Orange Mountain Record has released “Massimo Mercelli performed Philip Glass” CD with Philip Glass’s chamber music for flute. Mercelli has been a jury member of all important international flute competitions in Geneva, Paris, New York and Beijing. He frequently gives masterclasses at some of the world’s most respected academies.

Mercelli is artistic director and founder of Emilia Romagna Festival. Since 2001 he has been a member of the board of counselling of the European Festivals Association (EFA) and in the between 2011- 2017 he was the Vice-president of EFA.
Recent engagements include the recording of Bach’s sonatas for Decca with Ramin Bahrami, world première of the new concerto dedicated to him by Sofia Gubaidulina.

For his work as a promoter of Music, he was awarded twice by the European Commissioner for Culture Jan Figel and by the French deputy minister for Culture.

Born in Italy, Lorenzo Bavaj started his piano education at the Gioachinno Rossini conservatory and Pesaro where he graduated suma cum laude at age 18, continuing to study at the Vienna Conservatoire with Stanislav Neuhaus and with Tatjana Nikolayeva at the Mozarteum in Salzburg. He has studied music science at the University in Bologna and organ, composition and conducting in Pesaro. Following the wins at several international competition, Lorenzo Bavaj started his carrier as a concert pianist, performing in his native Italy, but also in Russia, Poland, Germany, Norway, Sweden, Bulgaria, Spain and Scotland. He has collaborated with some prominent artists including Leo Nucci and Monserrat Caballe, and since 1989 he is the regular concert partner of world famous tenor Jose Carreras. Together they have performed all over the world in the opera houses of London, Paris, the La Scala in Milan, Rome Opera, as well as concert venues in Europe and Asia.

Lorenzo Bavaj is the artistic director of several Italian Foundations and Associations, he is a professor at the Gioachino Rossini Conservatoire in Pesaro and frequently gives masterclasses in Italy and Japan.