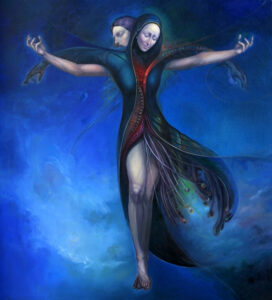 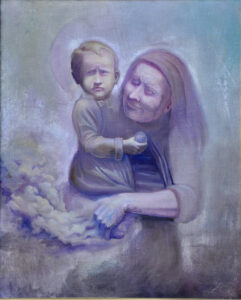 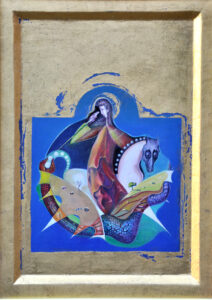 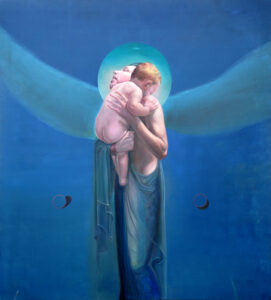 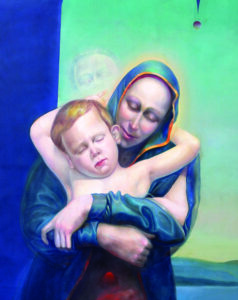 Dragan Spaseski Ohridski was born in 1960 and is a medical doctor- orthopedic surgeon by profession. In 2019 he celebrates a 30 year jubilee since his first multimedia project entitled Apocalyptic narcissus in 1989.

Up to date he has created the following multimedia projects: Apocalyptic narcisuss (1989), Everything trembles (1996), Closer to the sun and love, the darkness hurts less (1999), Vibration, creation perfect relation (2001), Ohrid angels (2003), Look inside you (2004), Three points (2008), Ohrid pearls of wisdom (2010), Bitola trilogy (2011), A man is a flutter… and the angel is a flutter… and you my God… (2017). Almost all of his multimedia works include exhibitions of paintings combined with a book promotion with the same title, while some also include architectonic and interior design creations.

Spaseski’s latest project has a title in the form of a haiku poem:

I am calm as a hill top…

I don’t ask why

I am so high

The 30 year jubilee is a selection of his most important art and poetry works and it also involves a new multimedia project.

This is painting that leans towards realism when the subject matter is a portrait, and associative symbolism when works are more figurative.