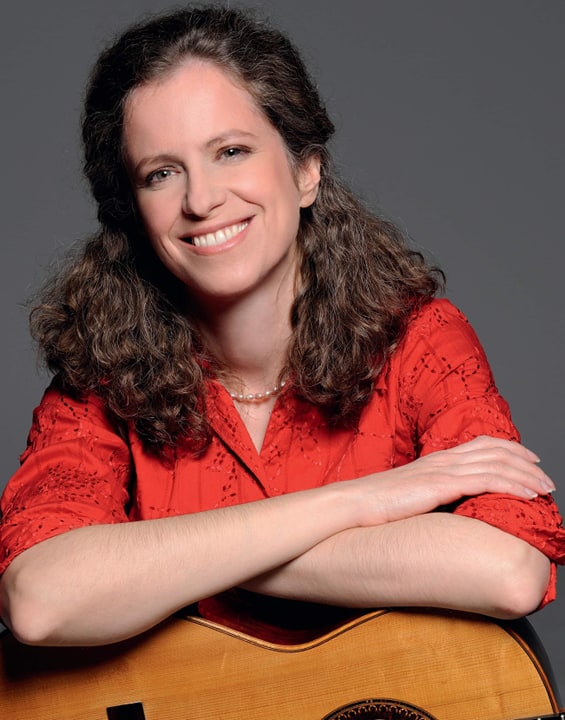 Elena Papandreou, “a poet of the guitar” according to The Washington Post, was born in Athens in 1966. She studied the guitar with Evangelos Boudounis and with Oscar Ghiglia. She also studied with Gordon Crosskey at the RNCM, England on a British Council scholarship and played in master classes of Alirio Diaz, Julian Bream, Leo Brouwer and Ruggero Chiesa.

She has won the First Prize in three International Competitions, “Maria Callas” (Greece 1984), “Gargnano” (Italy 1985), “Alessandria” (Italy 1985) as well as the Second Prize and the “NAXOS” Prize in the “Guitar Foundation of America” Competition (USA 1995). Currently she collaborates with Swedish BIS record company. In 1992 she was honoured by the Academy of Athens with the “Spyros Motsenigos” Prize, an important prize awarded every two years to an outstanding musician.

Papandreou has performed in around 40 countries in Europe, North and South America and Asia. Within the “Rising Stars” program of the “European Concert Hall Organisation”, she gave concerts in some of the most prestigious halls in Europe, the Vienna Musikverein, the Koelner Philharmonie, the Birmingham Symphony Hall and the Athens Concert Hall. She has also played in the Tchaikovsky Concert Hall in Moscow and the Queen Elisabeth Hall in London. In 1998 she gave her debut in Carnegie Hall in New York.

Composers who have dedicated works to her are Roland Dyens, Nikita Koshkin, Nikos Mamangakis, Giorgos Koumendakis and Evangelos Boudounis.

Elena Papandreou is a professor in the University of Macedonia in Thessaloniki, Greece.