Concert of cello and piano at “Ohrid Summer” 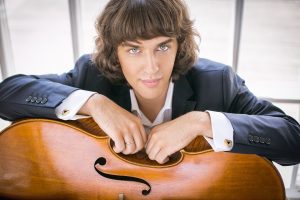 Concert of cello and piano will be held tonight at the church “St. Sophia” starting at 8 pm and 30 minutes within the festival “Ohrid Summer”.

The cellist Alexander Ram and the pianist Ana Odintsova will perform the cello and piano solo by C.Frank, the solo violin cell by G.Kasado and Sonata for cello and piano by B.Britin.

He was born in 1988 in Vladivostok. Alexander Ram is a graduate and master of the Moscow Conservatory in the class of Natalia Shahovskaja, after which he continues studying at the Hans Eisler Music School in Berlin under the mentorship of Frans Helmson.

PrevПретходно“Yami District – the oldest nation in the world” followed with great interest
СледноFinal concert from the International Seminar on Piano and Violin, Viola and Chamber MusicNext