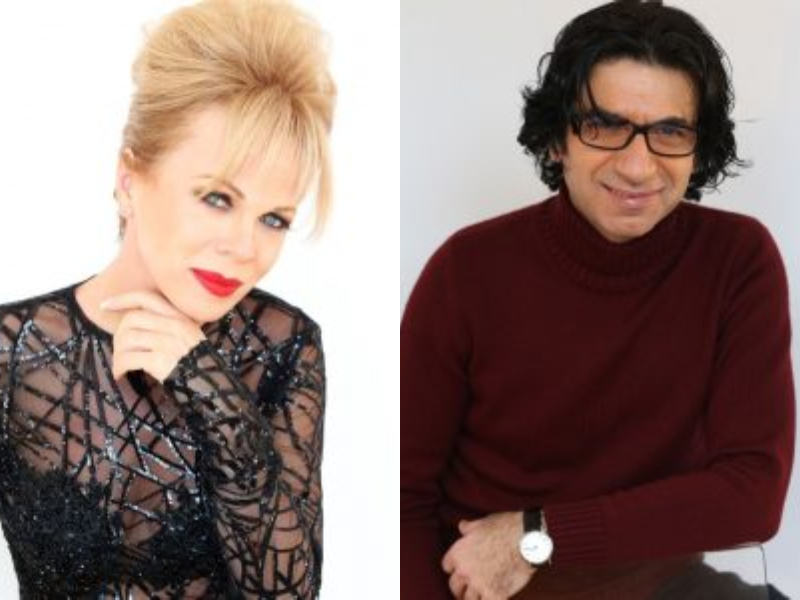 The top soprano from Albania with a world career Inva Mula and the pianist Genc Tukici tonight at 9 pm in the church “St. Sophia” will hold a concert within the festival “Ohrid Summer”.

Inva Mula is considered one of the most important sopranos of today. Born in Tirana, she started learning piano at the age of five and singing at the age of 16, first with her mother and then at the University of Arts in Tirana, where she graduated. Her first role on stage was Violetta in the opera “La Traviata”, which opened the doors to the opera in Tirana, where she performed for the next five years. During this period, she twice won the “Tefta Tashko Kocho” competition, and in 1987 was also named best opera singer. The victories at the Georges Enescu match in Romania and the Madame Butterfly Grand Prix in Barcelona in 1992 follow.

She triumphed in the first competition organized by tenor Placido Domingo in 1993, after which her international career began to move upwards with performances at the Avignon Opera House, Los Angeles, Bonn, Washington, the Chicago Opera House and the Metropolitan Opera House. In New York, where he starred in the production of the opera “Bohemia”. After an enthusiastic reception from the audience, she returned to this prestigious opera festival for many years, performing the roles of Violeta, Gilda and Mikaela in “Carmen”. sings the title role in “La Traviata” for the opening of the new opera house in Milan, followed by new roles in “Scala”. He has performed with great success throughout Italy, in Trieste, Turin, Siena, Rome, and Florence, where he performs under the tutelage of maestro Zubin Mehta.

For Inva Mula, Violetta’s role in “La Traviata” is a kind of artistic “signature”, so she repeats it in Vienna, London, Milan, Tokyo, Nice, Berlin, Paris, Madrid, etc. Her stage partners are some of the most famous tenors of our time such as: Roberto Alanya, Jose Cura, Placido Domingo, Vittorio Grigolo, and collaborates with conductors such as Michel Plason, Georges Prether, Jesus Lopez Kobos, Vladimir Spivakov, Zubyun Meung Wong.

An important moment in her career is her involvement in the film “The Fifth Element” by Luke Besson, where she lends her voice to the Wild “Blue Lagoon”. This project brings her international fame beyond the circle of strict opera fans.

In November 2012, Inva Mula directed the celebration, and performed at the celebration of Albania’s Independence Day. As part of the ceremony, the President of Albania awarded her the highest honor “Honor of the Nation” for her achievements in art.

Inva Mula’s career continues with great intensity today. In recent seasons she has performed at the Vienna Opera as Manon, she is Neda in “The Clowns” at the German Opera in Berlin, Sao Paulo and Bilbao, Adina in “Love Potion” in Marseille and Mikaela in “Carmen”. academies in Paris, Gstaad and St. Petersburg.

In 2015, Inva Mula debuted as a director (and at the same time sang the role of Neda) in the production of “Paljaci” at the Tirana Opera. The great success will bring her a new engagement in 2017 when she directs the opera “Pearl Hunters” in the same theater.

For her artistic achievements, in 2006 she was awarded the highest recognition by the French government “Knight of Art”

Albanian-French pianist and composer Genc Tukici is a graduate of the Tirana Conservatory and the Alfred Corto School of Music in Paris, where he still teaches today. For his exceptional musicality as well as “interpretations that are equally intelligent as well as emotional” he received the “Nino Rota” award. Slovenia. He regularly performs with Inva Mula, and as a composer has written numerous works for solo piano, piano and orchestra, as well as several paraphrases on opera themes by Puccini, Verdi and Offenbach. In 2012 he released the CD with original compositions inspired by patriotic songs for solo piano and soprano together with Inva Mula with whom he composed and orchestrated the anthem for Mother Teresa.

PrevПретходно“Dance and Song” with the harp by Héloïse Carlean-Jones
СледноInva Mula’s voice echoed under the arch of St. Sophia churchNext