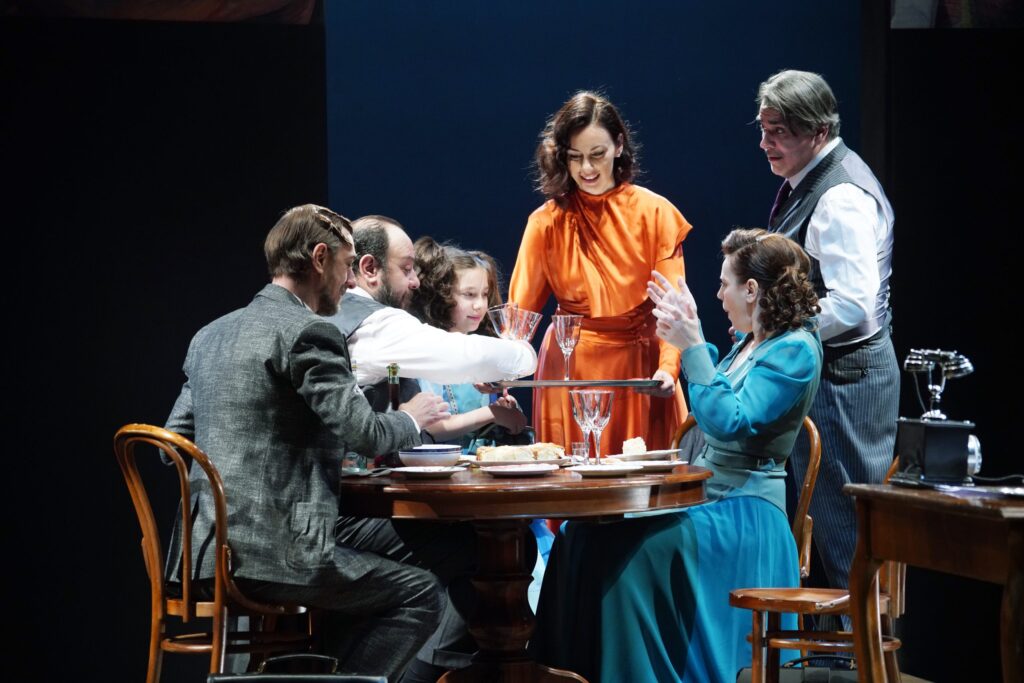 The curtain on the 61st Ohrid Summer Festival will be closed with a play “On the Open Sea” written by Branislav Nusic, directed by Egon Savin, and performed by the Yugoslav Drama Theater from Belgrade, Republic of Serbia.

The play will be performed on the stage of the Ancient Theatre in Ohrid, starting at 9 p.m.

“At Open Sea” is a genre-complex piece: tragic, absurd and satirical. It is the story of the love affair of a beautiful, happily married woman with a minister in the government. In this drama, everyone is blackmailed and corrupted, because they are people in power or close to the government. Behind family, friendship and love relationships lies only the naked interest. Everyone benefits from this affair. Nusic would never write a play about a young, married woman who has a lover, but when that lover is a government minister, then it is both a political and state issue. Thus, Nusic begins “At Open Sea”, a sharp satire on political and family hypocrisy and the unbridled corruption of man, as well as the fear of the truth and revenge of the authorities.

Director Egon Savin is a full professor at the Department of Theatre Directing at the Faculty of Drama Arts in Belgrade. He has directed many different drama repertoires, from contemporary domestic authors he has directed in informal groups to world classics in the largest national theaters. He worked throughout the former Yugoslavia and abroad. In the Yugoslav Drama Theater he directed: “Tortures for Life” by Radoslav Pavlovic, “On vacation” by Maksim Gorki (1990), “The Forest by A. Ostrovski (2005), “So it had to be” Branislav Nusic (2007), “Tartif” by Moliere (2008), “Uncle Vanja” AP Chekhov (2018) and many others. He has won the most important awards for directing in the country and abroad.