The famous Russian-trio Luganski-Krilov-Knyazev tonight in front of the audience in “St. Sophia” 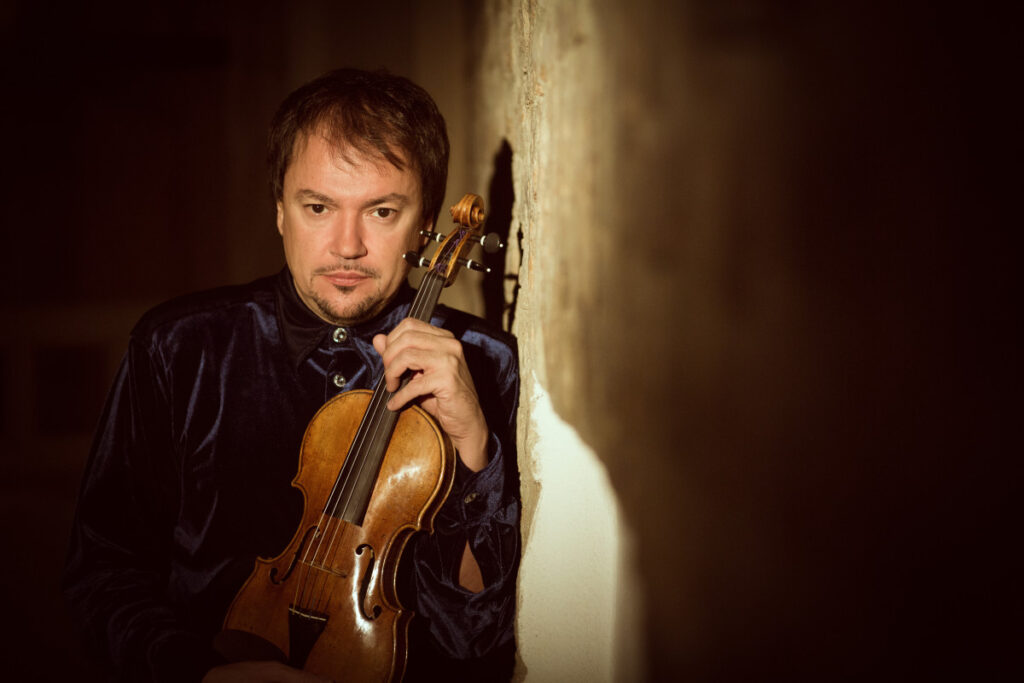 The famous Russian trio, pianist Nikolai Lugansky, violinist Sergey Krylov and cellist Alexander Knyazev will perform tonight in the framework of the music program of “Ohrid Summer” festival. The concert will take place at “St. Sophia” church  starting at 9 pm, and the outstanding Russian artists will perform works by Johannes Brahms.

Magic music, lyricism and tonal beauty in playing are the qualities that Sergey Krilov’s place has given him among the most renowned performers of today. This Russian violinist is a regular guest in several major institutions, in which he collaborates with many leading world orchestras. Among other distinguished persons with whom he worked, the friendship with Mstislav Rostropovich is of particular importance in his artistic life. Sergey Krylov often appears in a dual role – as a soloist and conductor, performing a wide repertoire ranging from the Baroque to the contemporary music. He is also a dedicated chamber performer, in partnership with the pianists: Denis Matsuev, Nikolai Luganski, Bruno Kanino, Boris Berezovsky, Yuri Bashmet, Maxim Risanov, Alexander Knyazev and many others. There are CDs released in collaboration with the most famous record companies (EMI, Deutsche gramophone, Sony classic).

The winner of numerous international competitions, the Russian Alexander Knyazev is one of the best cellists of today. His performances around the world are constantly receiving approval from the audience and critics. He collaborated with excellent conductors, and in the field of chamber music his partners were famous Russian names – the violinist Vadim Repin, the pianist Nikolai Luganski, the violinist Viktor Tretyakov, the pianist Boris Berezovsky and many other performers from all over the world. In addition to the performing activity, Knyazev is also engaged in educational activity. Namely, he is a professor at the Conservatoire in Moscow and regularly holds master classes in Europe and Asia. His discography includes recordings with Boris Berezovsky, Dmitry Maktin, Nikolai Luganski, the Philharmonic Orchestra of St. Petersburg, performing some of the most important works of the cello literature.

Nikolai Luganski describes it as a pianist with exceptional refinement and sensitivity, with “crystal beauty” in playing similar to that of the great Mozart and Chopin, as well as the virtuosity that reminds Rachmaninov and Prokofiev. He studied at the Moscow Conservatory in the class of prominent professors. During his career, he performed in some of the most prestigious halls in the world, and collaborated with some of the most important orchestras. Apart from solo, Luganski performs as a chamber musician together with Misha Maysky, Vadim Repin, Aleksander Knyazev and others. He is also a frequent guest on some of the most famous festivals in the world, and also appears as artistic director of the music festival “Rakhmaninov” in Tambov. He has received numerous awards and recognitions, including “Artist of the People of Russia” in 2013.