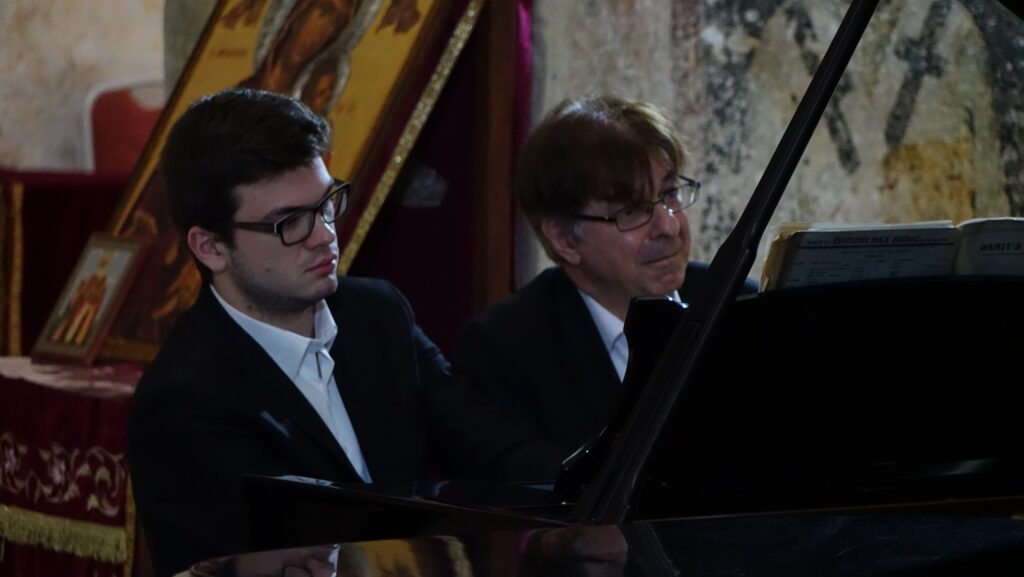 Acts of French and Russian composers performed by top pianists Michel Burdoncle and Nicolas Burdoncle, echoed under the vaults of the church “Saint Sophia” last night. The French evening at the festival “Ohrid Summer” brought a new and exciting musical experience to the festival audience.

-We feel great, but I’m very sorry that we played Russian and French music, and we did not manage to play Macedonian music. I have performed in this beautiful church and I have been acquainted with the acoustics before, but it was an honor for me to perform again at the “Ohrid Summer”. I am also proud that my son presented himself at the festival. I am honored to be part of this prestigious festival, “said Michel Bourdoncle, who was about two decades ago part of the Ohrid Summer Festival.

His son, Nicholas Burdoncle, although young, still holds true for one of the best pianists of today. The two artists were equally impressive and attractive for the concert guests last night.

-I was honored to have performed for the first time at the festival, together with my father. We are more likely to get bids together like father and son. We want to perform more and more compositions, but the most witty for us is the performance with two drums and chamber orchestra, says Nicolas Bourdoncle.