Gaceva: It’s not easy to include among the artists of “Ohrid Summer” 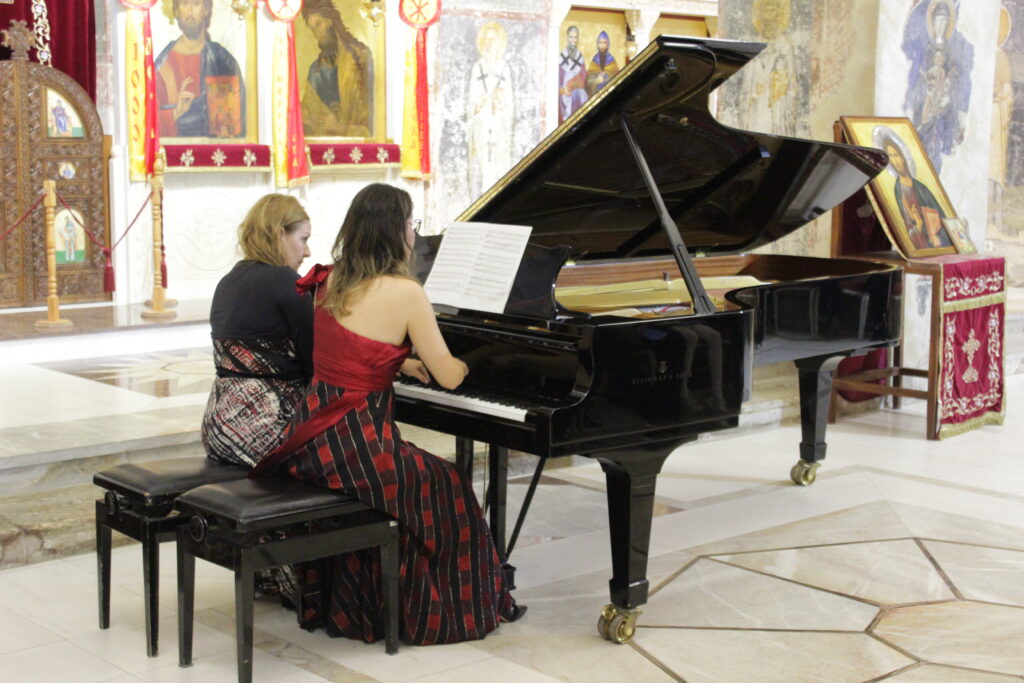 In the church “St. Sophia” in Ohrid, another holiday of art was held last night, which will be included in the festival history of “Ohrid Summer”. The outstanding Macedonian pianists Ana Gaceva and Tatiana Dzorleva presented the audience with an unforgettable concert with four-hand piano works by Dvorak, Ravel and Sati.

– I think we had a nice evening according to the audience’s reactions. We felt their extraordinary energy, which from composition to composition supported us and felt that fluid. The applause in the end, the bisses and somehow the ascension, confirms my thought, but also the thought of my colleague, says the artist Ana Gaceva.

She does not perform for the first time in “Ohrid Summer”, and as she adds, her every perfomance in “St. Sophia” is a special inspiration.

– It is not easy to include among the artists of the “Ohrid Summer”. It should be deserved, it needs to be worked out and played at the highest possible level. That’s why the incentive is very big-to stand side by side with all these artists who this year have come to the program of “Ohrid Summer”. I think that by the end of the festival we will have a top program thanks to the selectors and the festival director, says the pianist Gaceva.

She thinks that the difference between solo performances and chamber music is very big.

– To adapt the musician in symbiosis with another artist, he should think differently. To forget his self and to merge in the name of art into something higher and more beautiful. It’s chamber music, believes  Gaceva.

The two pianists came from a same piano school and it was felt last night, in the sound and in the treatment of the piano.

The maestral Tatiana Dzorleva and Ana Gaceva last night performed for four hands on piano by Dvorak, Ravel and Sati, a program that is serious enough as it befits for Ohrid Summer Festival, but equally attractive to attract audiences, those who are professional, but also those who were in the church “St. Sophia” for artistic pleasure.