“Ohrid Summer” in the sign of Polish Baroque music 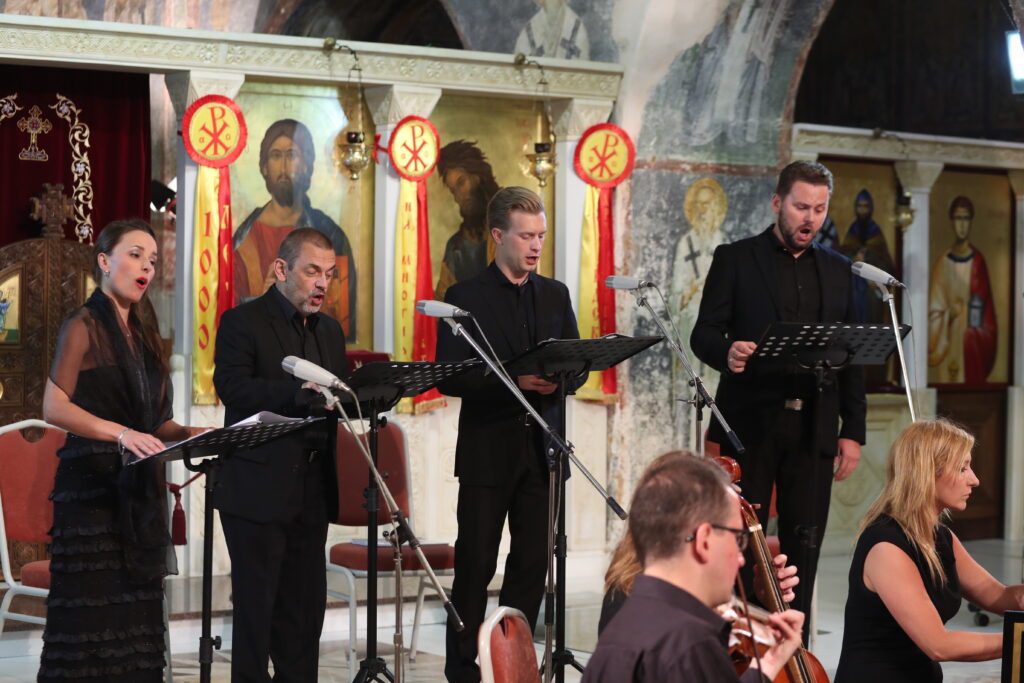 An unforgettable concert in a wonderful ambience and followed by a tumultuous ovation by the audience brought last night’s traditional Polish evening at the Ohrid Summer Festival.

With the baroque music of the composers Grzegorz Gervazi Gorchicki and Stanislav Sylvester Sazhynski, in the church “St. Sophia” was performed the Wrocław Baroque ensemble led by the conductor Andrzej Kosandiak. The audience enjoyed in the interpretations of the soprano Aldona Bartnik, the countertenor Piotr Likovski, the tenor Benjamin Glaubic and the bass / baritone Jerzy Butrin.

-The program for compositions is written by writers and composers from the cathedral church in Krakow, which is a spiritual center of that kind of music. I am very happy that as a conductor I had the opportunity to perform here and to conduct the concert. Of course, we did this for the pleasure of the audience wth our repertoire. I am delighted with the acoustic ambience provided by this sacred object. Simply, we are glad that we are in Ohrid, said after the last night’s concert, maestro Kosendiak.

The soprano Aldona Bartnik, as well as her fellow artists, is also impressed by the ambience and acoustics of the church “St. Sophia”.

The Polish evening at the Ohrid Summer Festival is traditional, and the concerts held within it are a real surprise for the festival audience.

-The Polish night, which was held last night, was one of the highest quality we had so far at the festival. Again, we brought something new to present Polish culture and art. So we will continue on. “Ohrid Summer” has the support of the Honorary Consulate of Poland in Macedonia and Eurostandard Bank, said Honorary Consul of the Republic of Poland in Macedonia, Kosta Kostovski.

The  Wroclaw Baroque Ensemble was founded by conductor Andrzej Kosandiak. The ensemble is constantly active and collaborates with musicians from the Wroclaw Baroque Orchestra, as well as with many other performers from Poland and Europe. Their repertoire, above all, is baroque music with a special emphasis on that of the Polish composers. In addition to chamber works, the ensemble often performs oratory and cantatas. So far, he has appeared at the biggest festivals in Poland, has released several CDs, of which are significant ones with the music of the Polish composer Grzegorz Gerzazi Gorchicki.