Premiere of the theatre play “Misanthrope” at “Ohrid Summer” 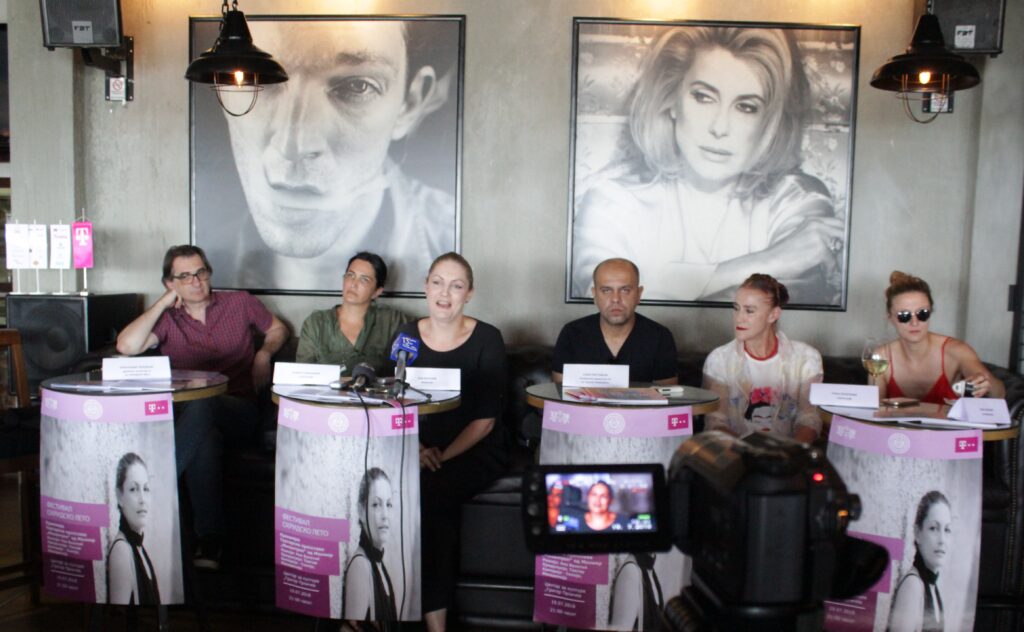 The drama program of the festival “Ohrid Summer” continues today with the premiere of the theater performance ” Misanthrope ” by Moliere, directed by the young Montenegrin director Ana Vukotic, and produced by Theater Comedy from Skopje.

This serious comedy is a glimpse into the human soul of contemporaries from the period when it was written in the 17th century, but it is also the magnetic resonance of our time. The director of Theater Comedy, Saso Ristovski, says that the actors and the entire team working on  this performance is maximally ready for the evening premiere of the Ohrid Summer Festival.

– I am very glad that we are in the “Ohrid Summer” with the play “Misanthrope” and I am even more glad that the team of collaborators in the play are people from outside. The international co-operation led by the director Ana Vukotic. Everybody is ready and I have to say that they did a lot of work. I am convinced that the audience will be very shocked because they expect mild comedy, but no, it is about the love of the humankind or the hatred of the philanthropist. Where is love, where is hatred? After all, we have a laugh but bitter. Even so bitter and painful laughter, we as people can save us, says director Ristovski.

According to director Vukotic, the play deals with a topic with a far wider context that does not concern only Macedonia, but more precisely, it is a modern Moliere, thought in the context of the modern man inspired by the lesson.

-That is a story that proves the writer’s timeliness. What matters most to me in the play is the position of the intellectual  today, at the time of hypocrisy, that paradox when talking about the truth that has never been proven, said director Vukotic.

As explained at today’s press conference on the occasion of the evening premiere of “Misanthrope”, the play is embedded in a specific directorial setting with all elements, scenography, music, costume design carefully embedded for a complete visual experience.

Sonja Vukicevic, the choreographer of the play, satisfied with the cooperation with the team of Theater Comedy, says that “Misanthrope” was prepared in a beautiful working atmosphere.

– I work with theatrical houses from all the states of the former state union, and even beyond. What I must point out is that the Macedonians, but here I should also praise the Hungarians, are outstanding in their expressiveness in the movement. In a wonderful working atmosphere we created this work, which in an even more beautiful atmosphere we finish here in Ohrid, said Vukicevic.

Regarding the scenography  for the play, as was said at today’s press conference, this is an art installation, on which the actors were added in the case, in an attempt to create something third, something even more beautiful and exuberant.

-Specific in the scene  is the circular athletic track on the stage, with constant movement and turning in a circle that is dominant, and especially characteristic of this modernity in which we live and in this case, “Misanthrope” gives even greater sense, pointed out the stage designer Jelena Tomasevic.

The playwrighter  of the play is Darko Jan Spasov, costume design is made by Lina Lekovic, and the composer of the music is Aleksandar Radunovic-Popaj.

-I will try on the next “Ohrid Summer” to have more premieres . The plan is to make an agreement with all the theatrical houses in Macedonia, as it used to be a custom, certain plays to be premieres  at the “Ohrid Summer”, said selector Popovski.

The premiere of the theater performance “Misanthrope” will be performed on the big stage in the Culture Center “Grigor Prlichev” starting at 9 pm.