Pianist Silberstein will perform for the audience of “Ohrid Summer” 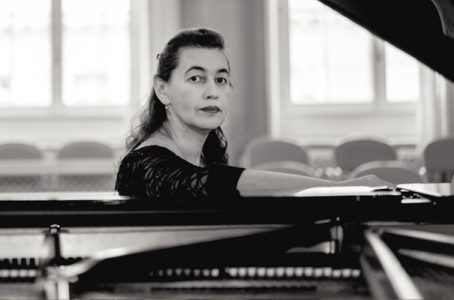 “Ohrid Summer” tonight will bring a piano concert. The Russian-Austrian pianist Lilya Zilberstein will perform at the church “St. Sophia”.
The program includes works by Schubert and Least.

For Lille Zilberstein, international successes began in 1987 when she won the international Buonsoni in Bolzano. Her victory is a real sensation, and they spend five years before this award is re-awarded to a pianist.

Concert tours take place all over the world, across most European countries, in Mexico, Japan, Korea, Canada and Brazil. Silberstein starts her music education at the age of five, and after 12 years in the class of Ada Traub in the specialized music school “Gnesin”, she becomes part of the class of Alexander Sats at the Gnesin Institute in Moscow, where she graduated in 1988. In 1991, he debuted with the Berlin Philharmonic, under the baton of Claudio Abdo, with whom he would often co-operate over the years.

It has performed with some of the world’s most famous orchestras as Chicago Symphony Orchestra, Orchestra of Milan “La Scala” Symphony Orchestra “Tchaikovsky” in Moscow, London Symphony Orchestra and Royal Philharmonic Orchestra, the Dresden State Chapel and many others. Collaborated with world-renowned conductor John Axelrod, Paavo Berglund, Semyon Bychkov, Gustavo Dudamel, Christoph Eschenbach, Leopold Hager, Dmitry Kitajenko Marcello Viotti and Anthony Witt. In August 1998, And was awarded the award by the Chigiana Music Academy in Siena, an acknowledgment by which Gidon Kremer, Anne-Sophie Mutter and Christian Zimmerman took the lead.

Lilia Zilberstein has recorded 8 CDs for “Deutsche Gramophone”, which feature recitals and concerts for piano and orchestra. She recently released several more CDs, including the one with the sonata for two drunks by Johannes Brahms, who plays together with Martha Argeric, with whom she often co-operates. This year, her performances will take place in the concert halls in China and Taiwan, in the United States and South America, and will again perform at the Easter Festival in Salzburg and in the Vienna “Muzikferajn”.

This extraordinary pianist is often a member of jury commissions on many important piano competitions. Much of her time is dedicated to educating young musicians, and by 2015 she is a professor at the Vienna Music University, inheriting the classes of Paul Badura Skoda and Oleg Mayenberg.