“The Queen’s Six” tonight with a cappella singing in the acoustic “St. Sophia” 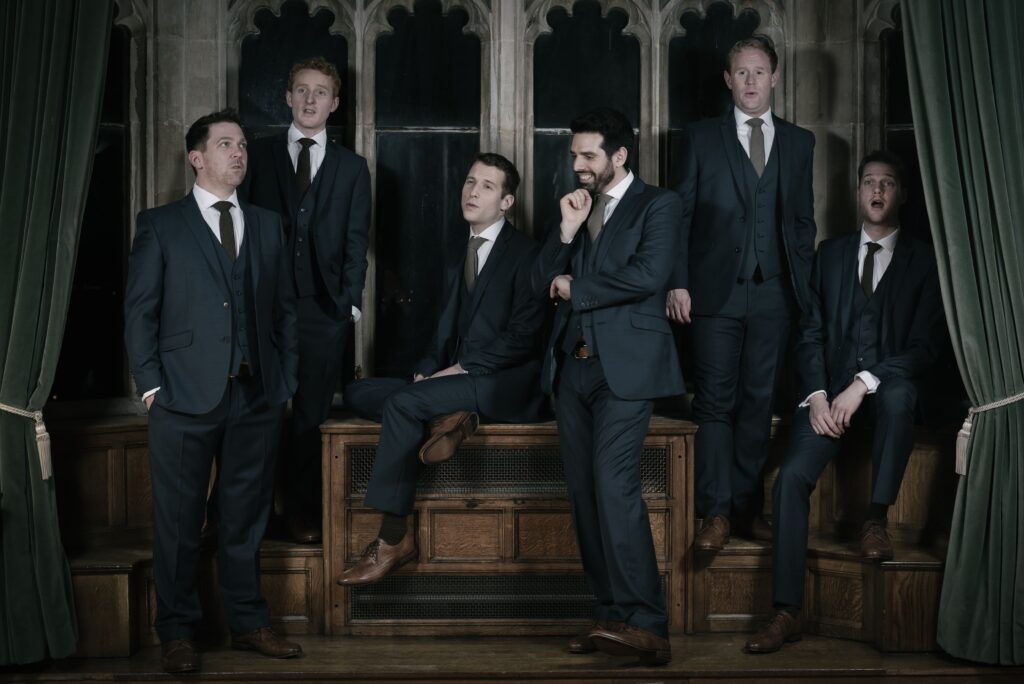 The musical attraction, A cappella sextet “The Queen’s Six”, tonight will make an unforgettable experience  for the audience at “Ohrid Summer” festival.

This band from Windsor Castle, United Kingdom, will hold  a concert in the church “Saint Sophia” starting at 9 pm.

“The Queen’s Six” is constitute by countertenors Daniel Brittain, Timothy Carleston, tenors Nicholas Madden and Dominic Bland, as well as bass and baritone Andrew Thompson and Simon Whitelay. The members of the “The Queen’s Six” are part of the professional singers, called Lay Clerks of the  chapel “St. George”, who live and work in the Windsor Palace in the UK. To be a member of such a collective, high music standards are needed, as they are the ones who regularly perform for the Royal Family. The members of The Queen’s Six are outstanding musicians who often meet in other important vocal ensembles of the world, such as “The Sixteen”, “The Tallis” “Scholars”, and “Tenebrae”.

The repertoire they perform is quite versatile, and apart from the works of early music history, it includes works of folk music, as well as arrangements for works of pop and jazz music. So far they have released more compact discs that are greatly accepted by the listeners.

In the acoustic church “Saint Sophia” they will perform works by William Byrd, Thomas Morley, Hernando Franco, William Byrd, Miguel Mateo Dallo y Lana, Philip Moore, Nico Muhly, Irving Berlin, as well as compositions by other authors. On the evening repertoire there are traditional English songs, as well as the famous song “Thriller” from Michael Jackson, in the arrangement of Tim Carleston.