Sonet evening at “Ohrid Summer” – one joyous evening for the audience 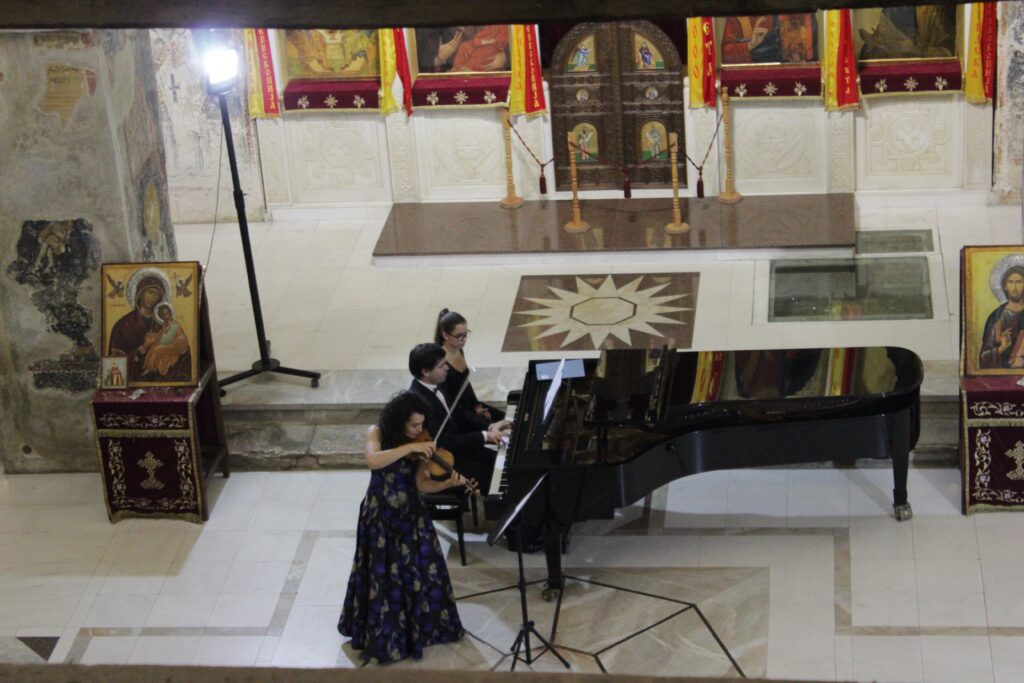 The faces of the audience were delighted throughout the concert of young Russian artists who played piano guitar from Ignasi Jan Paderewski, Claude Debussy, Ludwig van Beethoven and Otorino Respighi.

-We gave too much of ourselves at the concert and we are still under impression. We only felt that there was a strong exchange of energies between us and the audience. The feeling to play in this church where we are for the first time was wonderful and we are very excited, said violinist Baeva after the concert.

With strong impressions was also the pianist Kolodenko who said that for him, the performance of “Ohrid Summer” and the fluid with the audience was a real enjoyment.

– The program was exhausting, but I must mention that some of the sonatas that were playing were one of our latest sales and this was proof that our experience was successful. I am very happy to have felt such a connection, especially considering that this was not the easiest kind of music that can be heard. It was a real pleasure, said Kholodenko.

Baeva and Kholodenko played together for the first time 12 years ago and so far have played many programs in the duo.

– It’s a huge privilege for me to play with a high-level musician. I consider myself a particularly happy person that we had the opportunity even while we were students to perform as a duo, said violinist Baeva.

By the evening concert Alena Baeva confirmed that she is one of the world’s best violinists of her generation, with an impressive career as her performance at the 58th edition of the Ohrid Summer Festival.

Vadim Kolodenko, as one of the most gifted pianists who also left a wonderful impression on yesterday’s concert, will play tonight at the Ohrid Summer Festival. He will perform solo in the church “Saint Sophia” starting at 9 pm.