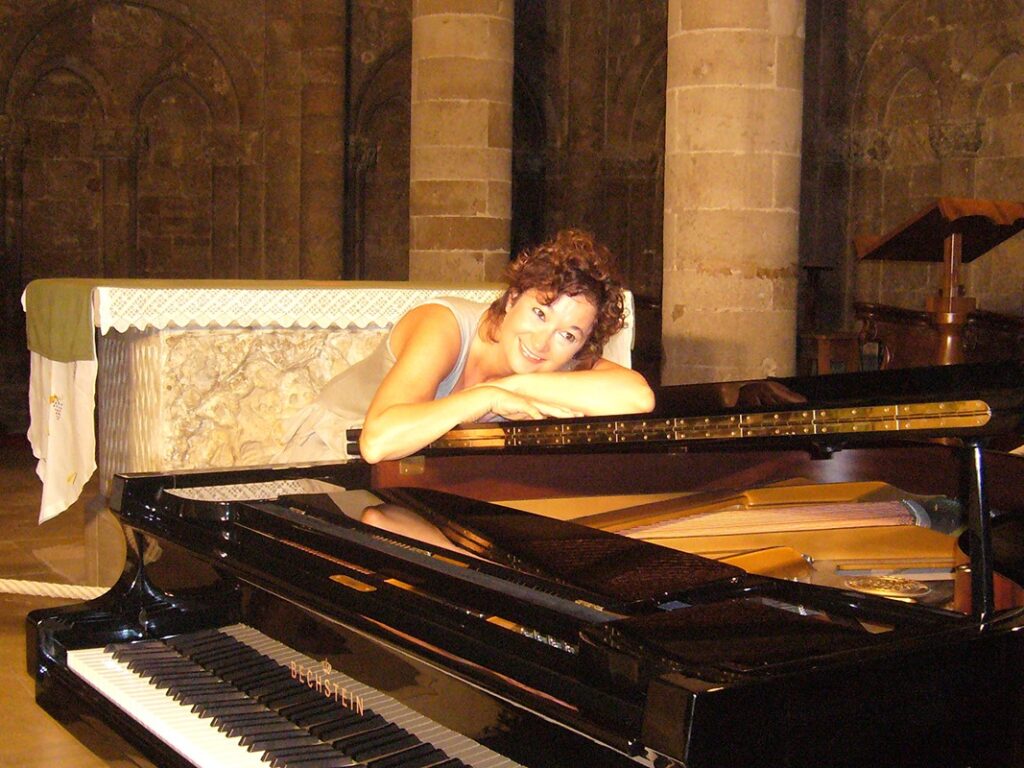 The Spanish evening at Ohrid Summer Festival will bring performances by soprano Eugenia Boix and pianist Anna Ferrer. The concert will take place at the church “St. Sophia” starting at 9 pm

Sopranica Eugenia Boix begins her musical education in her hometown, Monzón, Spain. She graduated at the Salamanca Conservatory of Music, after which she enrolled in a postgraduate course in singing at the Catalan School of Music and a Master’s Degree in Music at the Royal Conservatory in Brussels. During her career, Boix performed in several opera houses with excellent orchestras, under the baton of eminent conductors from around the world. In her repertoire, besides the operas, there can often be found orators. She also performs as a chamber musician with many famous performers and ensembles in France, Italy, Switzerland, Austria, Germany, Russia, Poland and America. She also made recordings for more radios in Spain and beyond, including the National Radio of Spain, Portuguese and Austrian radio stations for classical music, the BBC and the television “Medici”.

Pianist Anna Ferrer was born in Girona, Spain in a famous music family. She studied piano and chamber music at the Conservatoire in Girona and Barcelona, ​​graduating with the highest grades and numerous awards. After this, she continues to improve her playing with Emmanuel Ferrer, Roberto Bravo, Edith Fischer, Paul Badura-Skoda and Louise de Mura Castro. Anna Ferrer regularly performs as a chamber musician in compositions with recognized music artists, but does not neglect her solo activity, collaborating with various orchestras in many countries in the world. She has made recordings for radio and television stations, and often publishes CDs for German publishing companies “Lambdoma” and “Goodlife Records”. At the same time she leads excellent pedagogical activity at the Conservatory in Girona, where she has been in charge of piano and chamber music for 12 years.

The traditional Spanish evening at the “Ohrid Summer” is held with the support of the Embassy of the Kingdom of Spain in the Republic of Macedonia.