“Ohrid Summer” in the sign of the 58th birthday 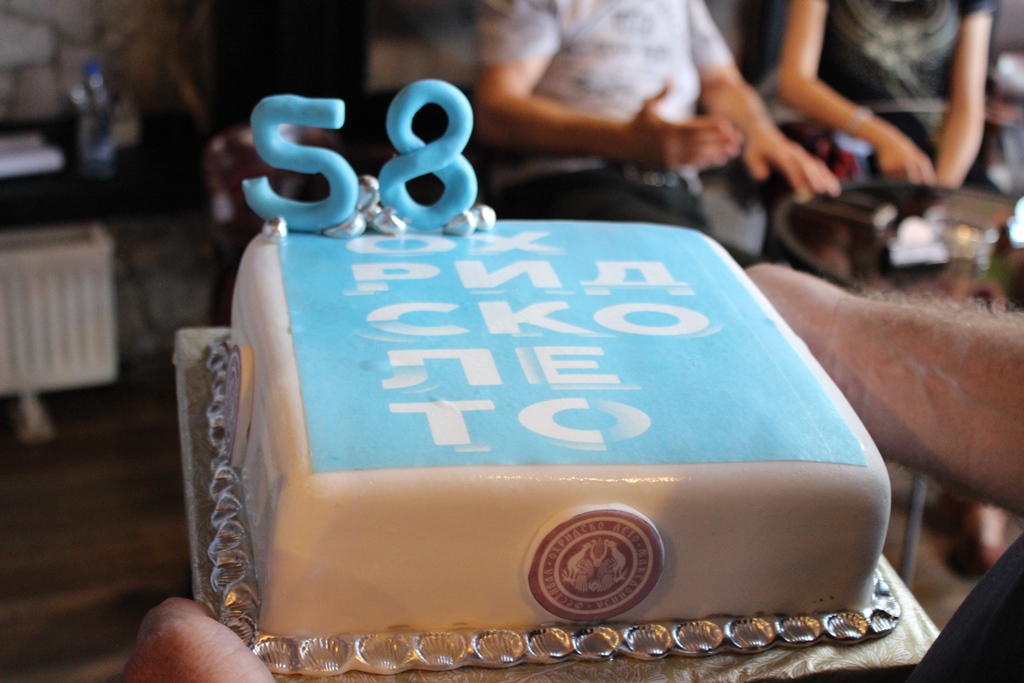 Ohrid Summer Festival, the biggest music-scenic manifestation in the Republic of Macedonia and a recognizable feature of Macedonian cultural identity around the world, marks its 58th anniversary today.

Before the birthday cake was cut, the director of the Ohrid Summer Festival Suzana Vrencovska reminded at the press conference at the beginning of the festival and expressed her gratitude to its founders.

– On this day, with great gratitude we celebrate the unforgettable opera diva Ana Lipsa Tofovik who gives him a lot of love and eternity for now the biggest manifestation at here. We are proud that we have the privilege to continue the path of high criteria and rich tradition. The story of a successful cultural magic that has not faded to this day can not be built and upgraded if there is no huge support from the Government of the Republic of Macedonia through the competent Ministry of Culture, the Municipality of Ohrid, the general sponsor Makedonski Telekom as well as our helpers, sponsors, selflessly help the development and promotion of culture in the country. Thanks also to all those who worked tirelessly, to all the artists who with their performance elevated the Festival and gave us the honor to celebrate the successful 58 years, said the director Vrencovska.

According to her, the first half of this festival edition brought top concerts and theater plays demanding a map more, and as she added, it is proof that this year’s program justified the expectations of fans of theater and drama art.

– Fourth August, the day when the “Ohrid Summer” started, became the symbol of an unprecedented event in the past years. It’s a great honor to announce another birthday concert that will be included in the series of great experiences that have been remembered for a long time, the group “Synthesis”, tonight at 21:00 at the Culture Center “Grigor Prlicev”, announced the director of the festival “Ohrid Summer “, Suzana Vrencovska.

The selector of the festival’s music program, Vaso Ristov, said that it is a sublime feeling when you see world artists on festival podiums, but also crowded concert halls with an audience that does not save applause.

– It’s a good feeling as a music selector to celebrate a birthday with this festival edition, with the whole team of the festival. I wish, as before, all other festival publications to be successful, with many audiences, excellent reviews, bringing world artists who are doing their best with their musicality and imagination to be the highest level possible this year. I wish the audience, as before, to reward artists with a huge applause, said the selector of the music program at the Ohrid Summer Festival Vaso Ristov.

Some of the members of “Synthesis” today after the press conference, before the birthday cake was cut in the cult cafe “Aquarius” was sung, they sang the popular “Happy Birthday” and wished many more successful festival editions.

– It is really great that we are honored to perform today and I express my deep gratitude to the “Ohrid Summer” which enabled us to promote our latest edition with the working title “Ostrov”, said Marjan Jovanovski, a member of the “Synthesis” group.

According to Vane Jovchev from “Synthesis”, the visitors of the tonight’s concert will have the opportunity to enjoy the best tracks of this ethno group.

– Congratulations to the direction of the festival, and I wish to multiply the years of the festival. All the previous gestures of the festival have enabled us to promote our projects, and this is also the year when we are promoting our latest project “Ostrov”, which will be filled with tracks that mark the best of Synthesis so far. We will do our best to make the magic at the Cultural Center in Ohrid, said Jovchev.

The concert of “Synthesis” within “Ohrid Summer” will include old Macedonian songs from the Aegean part of Macedonia.

– In the new album, are processed songs from the Aegean part of Macedonia. Again old Macedonian original, traditional songs with a modern sound to bring this music closer to the younger generation and to future generations, said Aneta Shulankovska, one of the vocalists of “Synthesis”.

The celebration of the 58th birthday of “Ohrid Summer” continues tonight with a concert of the famous ethno group in Macedonia, “Synthesis”, which will be held at the Culture Center “Grigor Prlicev” starting at 9 pm and then with a solemn cocktail .