Tsutskovski: I’m fascinated by the quality of the artists in the orchestra “Turksoi” 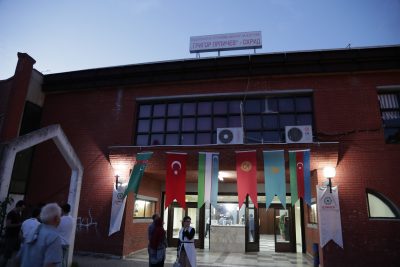 The festival “Ohrid Summer”, on whose stage more than half a century performs the biggest world music names and the most renowned theatrical houses, is a place where intercultural dialogue is strengthened. Evidence for this is also the last night’s concert of the Turkish Chamber Orchestra “Turksoy” from Turkey.

– It is a special honor and pleasure that we had a youth orchestra “Turksoy”, which is a sublimate of the best young chamber performers from the Turkish speaking area on the night of the festival “Ohrid Summer”, said the selector of the music program of “Ohrid Summer” Gorgi Tsutsovski.

According to Zutkovski, the artists, although young, still sound professional, and proof of this, as he said, is the quality performance of works by Russian and Slavic culture.

– I have to point out that as a music selector I am fascinated by the quality of artists who have shown a great Russian and Slavic tradition in expressing and playing, and I am sure that the audience shares the same opinion. I am really happy that such a youth orchestra can sound true, top quality and professional, added the music selector of the festival “Ohrid Summer”.

The Youth Chamber Orchestra of the Turkish Culture Organization selects the best students from the conservatories of the Turksoy member countries each year in order to promote musical talent and Turkish culture, as well as promote works by composers of Turkish origin who live and work in countries Of this organization. Since its inception in 2010, the orchestra has performed jointly nine times, holding 40 concerts in all countries of the organization, as well as in Europe and the United States. In 2011, the orchestra filmed the first sound carrier dedicated to the 20th anniversary of the proclamation of independence of the Turkish republics, while in 2013 they recorded the second CD on the occasion of marking two decades since the foundation of the “Turksoy” organization.

The orchestra performs in Turkey and in the member states of “Turksoy”, and their performances are singled out at the Edinburgh International Festival, at the Young People’s Festival in Bayreuth, as well as the concerts at the prestigious “Lincoln Center” in New York and the “Strathmore Center” in Washington.

At the evening concert of Turkish Chamber Orchestra “Turksoy” within the Ohrid Summer Festival, attended the Secretary General of the International Turkish Cultural Organization, Ambassador Dusan Kaseinov, as well as the Ambassador of the Republic of Azerbaijan in Skopje, Faig Bagirov.