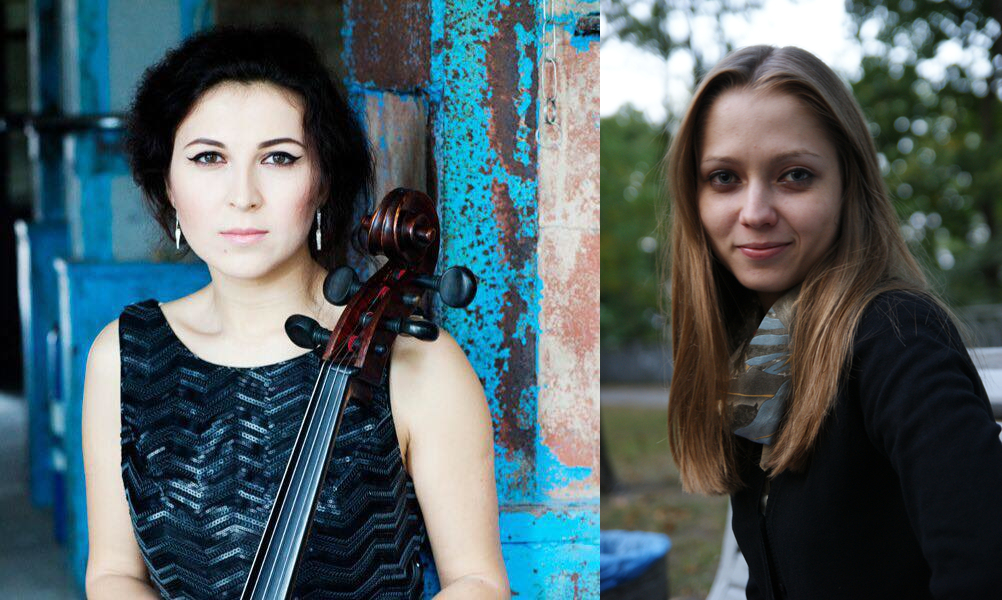 The music program of the festival “Ohrid Summer” tonight continues with a concert of Ukrainian artists, cellist Zhanna Marchinska and pianist Ganna Gusieva.

Zhanna Marcinska started her cello and piano education in Kiev. She is constantly active on the music scenes, national and international competitions (The Art of the XXI Century, Kiev city competition of young pianists, First regional competition of young pianists named after Svyatoslav Richter etc.) and festivals. During her carrier, Marchinska collaborated with famous orchestras, chamber ensembles, conductors and players. In 2001 she gained the Diploma for the best performance of the composition of the Ukrainian composer at the All-Ukrainian competition of violators and cellists in Lviv. She is a regular guest at master classes, like the master classes in violoncello music and playing the violoncello of ancient music with Professor Denis Severin of the Higher School of Music in Geneva.

Ganna Gusieva graduated from Odessa’s Conservatory as a pianist, and in 2012 the Kiev Music Academy as a composer. She has received many accolades throughout her participation in various international piano and composer competitions and festivals. She is also a regular participant of scientific conferences in Odessa, Kiev, Novosibirsk, Vienna. The last three years she lived in Caen, France, where she was a pianist in the Orchestra of the Normandy’s Operetta, as well as an accompanist of the choir. As a composer Gusieva is the author of many works for piano, violin, cello, voice, etc., as well as compositions for string, chamber and symphony orchestra.

The concert of Ukrainian artists Marchinska and Gusieva will take place at “St. Sophia” church, starting at 9 pm.