The most famous Russian quartets tonight at “Ohrid Summer” 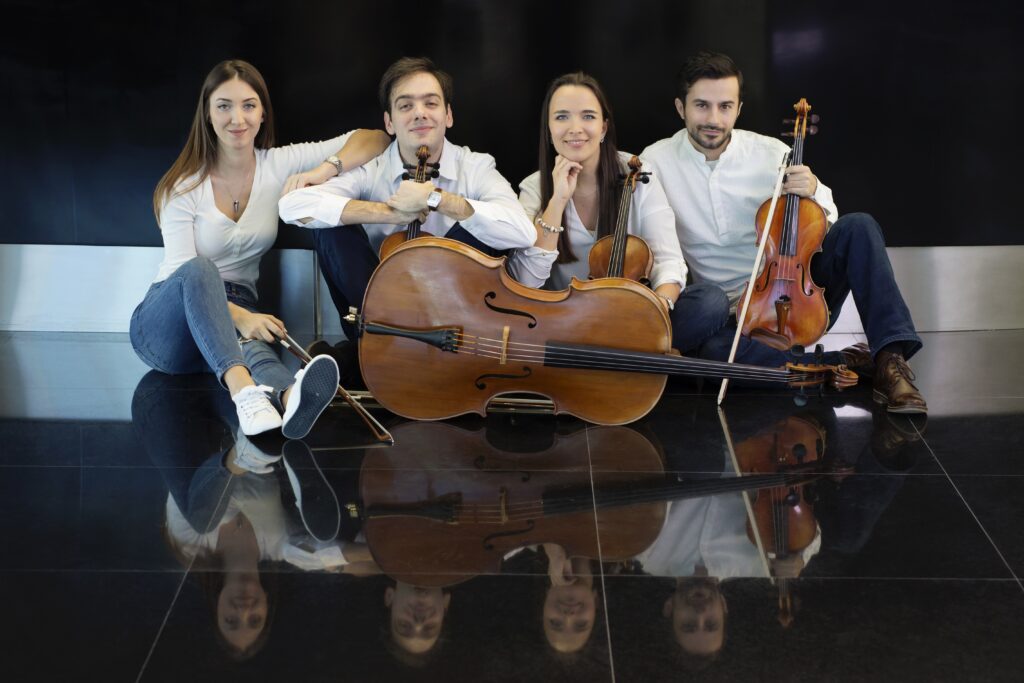 The Ohrid Summer Festival tonight will give concert to the most famous Russian quartets by Petar Ilic Tchaikovsky and Dmitry Shostakovich. The works by the Russian composers will capture to the audience the string quartet of the ” Quartet  Philharmonic “.

This musical composition is relatively new on the Macedonian classical scene and is formed by younger members of the Macedonian Philharmonic Orchestra. With great support from the leadership of the institution and the general manager  Viktor Ilievski, “Quartet Philharmonic” started to operate in October 2017, and only two months later already has held its first concert.

Anna Kondratenko has the first violin in the quartet. She started her education in her native Russia, and graduated from the Higher Music School in Cologne, in the class of world famous violinist Viktor Tretyakov. As a soloist and concert-master is quite active in Macedonia, but also in Russia and a number of other countries in Europe, America and Asia.

Bojan Ilkoski (second violin) graduated  at  the Faculty of Music in Skopje, in the class of prof. Oleg Kondratenko. He often performs as a chamber musician, a field where he collaborates with world renowned artists. His active performance is carried out beyond the borders of Macedonia.

Bojan Taleski plays Viola in this string quartet. He first begins to play a violin, and later determines for  the viola instrument. He graduated  at  the Faculty of Music in Skopje, in the class of prof. Frosina Balova. She is a frequent guest at the festivals in Macedonia, but also  in abroad. He has won awards in several competitions in Macedonia and Bulgaria.

In the past few months, the String Quartet Macedonia has collaborated with famous conductors and prominent artists in chamber music.

The concert with the most famous Russian quartets will take place at the church “Saint Sophia” starting at 9 pm.