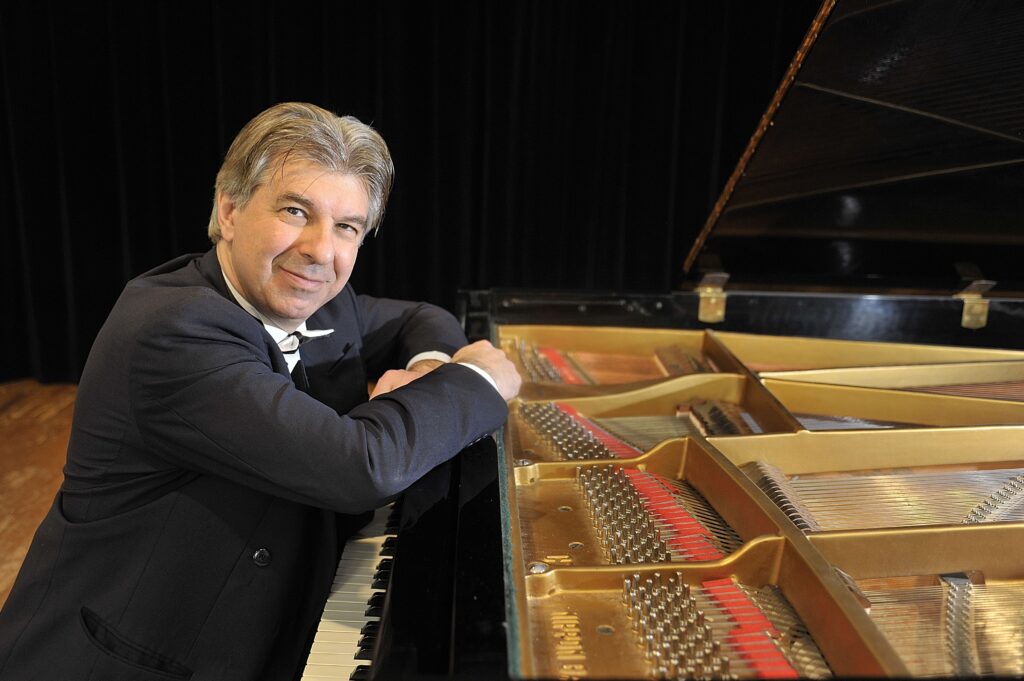 As part of the traditional French evening at the Ohrid Summer Festival, which is held with the support of the French Institute in Skopje, a concert for four hands of a piano will be held at the church “St. Sophia” at 9 pm tonight.

The festival audience will enjoy the music of the top French pianists Michel Bourdoncle and Nicolas Bourdoncle, who will perform works by Frederick Chopin, Sergei Rachmaninoff, Claude Debussy and Darius Mio.

– The Embassy of the Republic of France in the Republic of Macedonia and the French Institute in Skopje have a long-standing cooperation with the Ohrid Summer Festival, which has been realized over the past 11 years through the already traditional French evening. With the French evening every year we bring top music names from France with a joint effort invested by the festival and the Embassy and the French Institute in Skopje, in general satisfaction. Thus, we had the opportunity to offer top names to the Macedonian audience. Last year it was the ensemble “Maskerina” and this year will be the piano-duo, the father and the son, Michel and Nicolas Bourdoncle. We are sure that co-operation will continue in the future with even bigger projects and sound names from the French music scene, says Ambassador Timonie.

The young and extraordinarily talented Nicolas Bourdoncle begins to piano under the mentorship of his father Michel Bourdoncle at the Darius Millau Conservatory in Ex-An-Provence, and continues at the Pierre Barbizé Conservatory in Marseille where he works with the pianist Eric Berschho. His orchestral debut, this young pianist experiences in 2009, and has since continually held recitals and concerts with several orchestras. In 2015, she receives the “Superior Diploma” as the highest recognition of the National Conservatory of Music in Paris. He is currently on postgraduate studies at the Conservatoire in Geneva.

The sound name in the world of classical music Michel Bourdoncle, with his active pianist activity, is regularly present on the most prestigious scenes in the world, where he often collaborates with some of the best performers of today. With his performances, Bourdoncle inspired more composers, who decided to write a work for this pianist. His discography includes works done by famous record labels. His master’s courses are held in many countries around the world, and his other activities should be distinguished from his role as founder and artistic director of the Festival, the Academy and the International Pianist Nights Competition.