Gjorgi Cuckovski: I have not feeling that I work, but that I live the dream of my life. 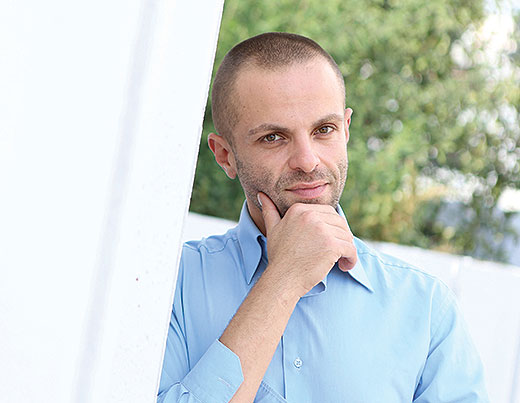 One of the first Opera singer at the Macedonian Opera and Ballet, Gjorgji Cuckovski, is the new music selector of the festival “Ohrid Summer”. He replaces the previous  music selector Ms.Gordana Josifova-Nedelkovska who ten years successfully led this function.

Until now he has performed in Austria, Italy, Germany, Switzerland, Serbia, Albania …

You are the new selector for the music program of the festival “Ohrid Summer”. What does it mean this choice for you? Is it  a new challenge?

Cuckovski: Above all, it is my honor and pleasure to be a musical selector one of the most renowned music festivals, the Festival “Ohrid Summer”. At the same time it suits  me the new position, but I must point out that I feel really responsible not just for  our, but also  for the tourist and the music  public  to provide them top-quality artistic events, to keep the level that has festival really long time and, of course, to give a personal contribution and provide the greater enrichment of the festival program in the future.

I must emphasize that my experience as artistic director of the Macedonian Opera and Ballet, that  is to say in Macedonian Opera allowed me some more educations in meaning  of managing with  artists and resources, so that I think I have a good basis for further development and that  I will really contribute to greater recognition and affirmation of the festival.

What kind of program should we expect for the next edition of the festival? Are there already some agreed performances? Are some artistic stars coming in Ohrid?

Cuckovski:  I must emphasize that almost eighty percent of the program for the next festival season of Ohrid Summer is already finished and to the Macedonian audience and also to the wider musical and artistic public audience , I can guarantee a spectacular festival spectacular opening and spectacular closing ceremony.

We are still in negotiating with a number of artists, but as you know the artists are busy musical people, but I  like Gjorgji Cuckovski will try to give a personal stamp to the festival, perhaps in the enrichment of the program because I believe that the festival should cover masses, and that means getting the most renowned reproductive artists from the area of classical music, but the festival should also have a slightly broader genres for all music lovers of music and  art.

This includes jazz, classical  Orient, so I will try for anyone who wants at least a little music, to have an opportunity to buy a ticket and tovisit some of our  cultural events.

Since your early age you became part of the ensemble of Macedonian Opera and Ballet, meanwhile slowly but surely  you have passed a long road to success … Sholarship holder of the foundation  “Musical Theater” in Vienna,  soloist  at the Macedonian Opera and Ballet with played a very important roles at home stage, artistic director, and now selector  of music program of Ohrid Summer Festival … Was it difficult to achieve all this? Were there any deprivations? You might complain maybe about something?

Cuckovski: I have not  feeling that I work, but that I live the dream of my life. So I can say that I work a hobby, something that I really want. Ever since the earliest age I started with my music education and thanks to myself, the family and the state that has always helped me, always I got the opportunity to prove myself  more and more.  The hard work is an integral part of our success, but we the artists are accustomed to it and, in general, I do not pose any difficulty to work even fourteen or fifteen hours a day because all this is  a personal success, success of  the family, success of Macedonian Opera and Ballet, and  success of the state in general. I’m always grateful, always I am going forward and I think that this should not stop there. I believe that I should give the maximum in  the festival “Ohrid Summer” and then, if there is any other option or somewhere where I can also  contribute I gladly accept it.

Until now you’ve performed at renowned scenes in Russia, Germany, Austria, Italy, Switzerland, Albania and other countries and you have excellent cooperation with them. Can we expect some cooperation with these companies that would result with their performance at Antique Theater or in Macedonian Opera and Ballet?

Cuckovski: Yes. Already next year we will have something of that type. Our personal contacts are of a great advantage, I  as a scholarship holder of the Government of Austria, then my international performances from Korea to Italy, I have many contacts not only  with  artists but also with agents of artists who can help us these world  renowned artists  to come in Macedonia, but under different conditions.  We are a country with limited resources, but I must emphasize that for a such  small country we have a really spectacular artistic events and the Macedonian audience has the unique opportunity very often to see the world’s most popular musical arts stars, so that I think we should be proud of our culture and our cultural events in general.  We do not lag behind the world stage.  Everything that it is available to the musical and artistic public audience, we, the Macedonian Opera and Ballet, the Macedonian Philharmonic Orchestra, “Ohrid Summer”,  that is to say  all of these as cultural institutions, give our maximum and I think that the Macedonian audience is  truly satisfied.