An unforgettable evening with top artists at “Ohrid Summer” 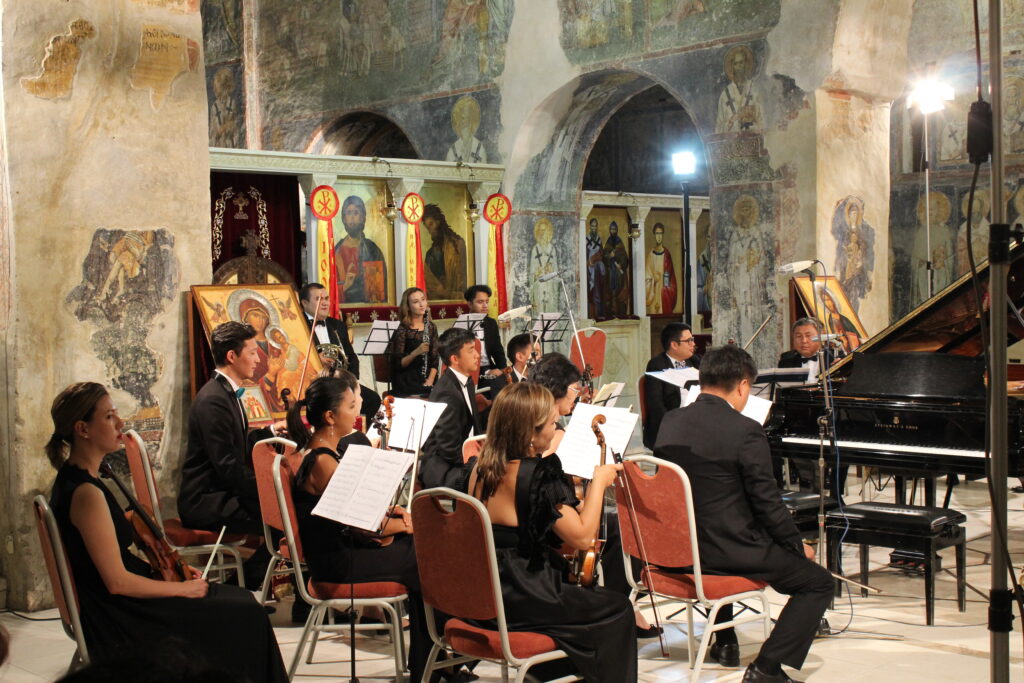 The eminent representative of elite musicians, violinist Aiman Mussakhjayeva, together with her colleagues, Italian pianists Marco Schiavo and Sergio Marchegiani , accompanied by the Chamber Orchestra “Academy of Soloists” from Kazakhstan last night at the festival “Ohrid Summer” brought a fanatic projection and masterful musicianship that touched to the senses of the festival audience.

Aiman Mussakhjayeva is a violinist with a brilliant career. Rare sensibility and refined aesthetics through which it manages to establish a fluid with the listeners. She is the founder of the State Chamber Orchestra “Academy of Soloists”, in which she hires the best young musicians from Kazakhstan.

The duo Marko Schiavo and Sergio Marquezani is one of the most active Italian pianos duets. The world is known for its unique musicianship, expressiveness, beautiful sound, intensity and huge energy in their performances.

Gudjon A. Emilsson is an Icelandic conductor, winner of numerous national and international awards. During his career he collaborated with some of the most important orchestras of today, performing on many famous music scenes, and collaborating with eminent performers from all over the world.

State Chamber Orchestra “Academy of Soloists” is the leading ensemble in Kazakhstan. It was founded in 1991 by violinist Aiman Mussakhjayeva. The members of this ensemble are young musicians, virtuosos of their instrument, winners of several international competitions, with excellent technical readiness. The State Chamber Orchestra “Academy of Soloists” performs its music from various eras and styles, but above all it is considered one of the most important promoters and promoters of the Kazakh music and tradition in the world.